Before I went to the US, I thought travelling there would be really expensive. But I realized that budget travel in San Francisco is possible after spending 8 nights in The City as a side trip of a business event.

While I’m not The Frugal Traveler, for the trip, my goal was to spend less than US$100 a day, including accommodation. I think I might have exceeded that budget because I bought tickets for some once-in-a-lifetime activities, shows and tours which easily costs about US$30 each.

In any case, I’m a frugal person to begin with so the trip was probably a budget travel success. Probably.

Save on accommodation with hostels 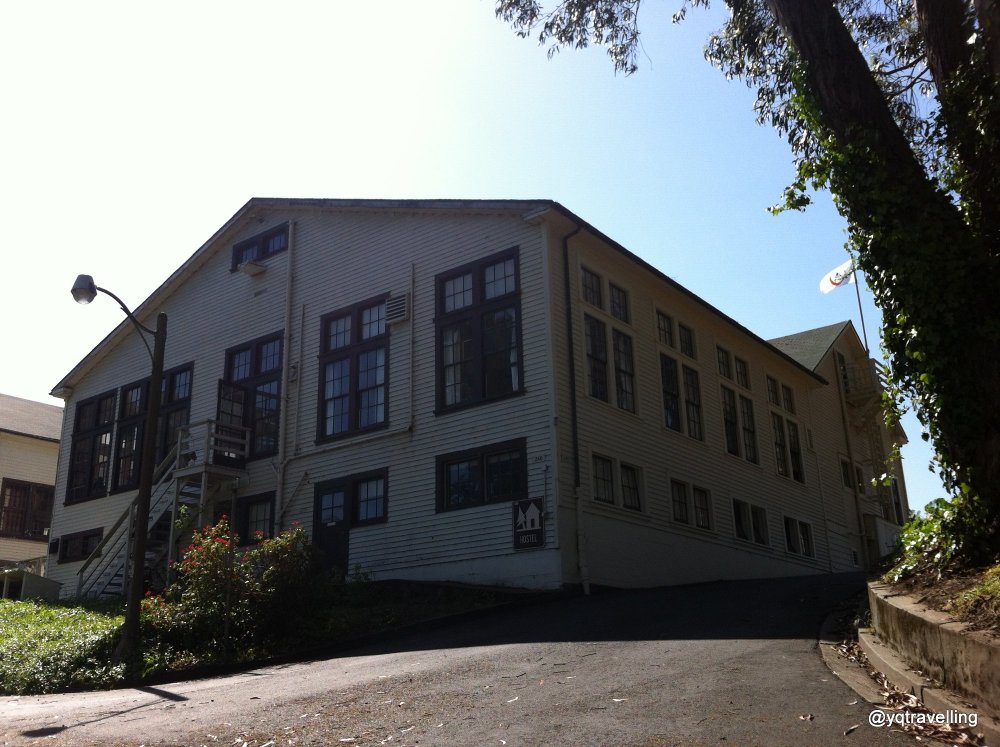 Instead of the usual cheap hotels I stay in when I travel in Malaysia, I had to bunk in hostels during my 8-night stay. Luckily, Pacific Tradewinds Backpacker Hostel and the San Francisco Fisherman’s Wharf Hostel were both under US$30 per night.

A short summary of the hostel reviews:
-Fisherman’s Wharf Hostel wins at free breakfast and nice view
-Pacific Tradewinds wins at having a fantastic location (and a cosy group, if you are a sociable person, which I am not).

Save on transportation and museums with CityPass


The CityPass (US$69) was a good investment since I was in the city for 8 full days. It includes 7-days of transportation on MUNI buses and trams and the cable car, but not on BART, as well as 9-days admission to five different museums.

I did a spreadsheet before I headed off, taking away things like the aquarium and the one-hour cruise in the bay, but I realized that I would save money getting the pass.

Sure, it was quite expensive. But it includes cable car rides which are US$6 one way–unfortunately, taken only by tourists. Just by taking the cable car 12 times, I would get my money back, not that I actually did it.

Turns out, the aquarium was actually very lovely. The other museums were even better. Sadly, I missed out on the California Academy of Science because there was other more exciting stuff for me.

There’s also an option for an Alcatraz Island tour with CityPass but you’ll need to personally head down to Pier 33 to get the booklet.

Save on food with Yelp


I love food too much to eat only cheap fast food while in San Francisco. Luckily, I have Yelp on my iPhone to guide me to good locations.

I usually narrow down my food choices to eateries with only one dollar sign (cheap!). I also use the checkin coupons to save on drinks. Since I do not have 3G on my phone, I would redeem the coupon first then show the folks at the restaurant my coupon later.

I’ve managed to save 50% on my latte at M Cafe, grab a free coffee at Sushi Taka and 15 percent off some stuff at a shop-which-will-not-be-named.

Save on sunscreen with Walmart


Surprisingly, sunscreen is a lot cheaper in the US than in Singapore or Malaysia.

Walmart was selling its homebranded baby sunscreen at 2 for US$5. It took all my willpower to only take four in my basket. I wanted to take 10.

The sunscreen worked very well. I didn’t get sunburnt on my cycling trip to Sausolito. (OK, maybe wrapping myself in an oversized cardigan, a scarf around my neck and tights helped.)

Save on clothes with thrift shops


K introduced me to thirft stores in San Francisco. I was in luck that day because I immediately found an oversized cardigan at the first store we stopped at. It was only $5 after I rounded to price up for donation.

Since I wore my clothes immediately, I felt very conscious of other people smelling the thrift store smell on me. (But it’s probably all in my head.)

I also bought two dresses from Thrift Town and a vintage belt from this other place.

Save on books with second hand bookstores


Similar to thrift shops, I love the second hand bookstore I found in San Francisco.

I picked up two books. One was the Spanish version of Bridget Jones’ Diary which is pretty much priceless in Singapore because it cannot be found.

There was also a 30 percent discount at Adobe Bookstore because it was closing down. It was rather sad that the building owner was raising the rent too high for the bookstore owner.

Save on once-in-a-lifetime experiences by reading local papers


I picked up a free SF Weekly as reading material from one of the newspaper-dispensing things. I flipped through the events listing while having breakfast and almost had a heart attack when I saw that Dita von Teese’s Strip Strip Hooray show was in town for a two-night performance.

The last time Dita was in Singapore, it was a local star-studded event! And I believe tickets weren’t even for sale. So this show was a not-to-be missed for me.

For SF, the standing-room ticket was only US$35. When I tried buying online, tickets were sold out. I decided to try my luck at the box office and tickets were still available.


While I had to stand for a full three hours and look past other people’s head to peep at the stage, the atmosphere was amazing. People cheered and I cheered myself almost hoarse. The host was funny, the audience who were asked to go on stage for a dance competition were really sporting too.

And I got to breathe the same air as Dita von Teese! OK, that might be a bit stalkerish, but it’s DITA (Warning: That video is more Fatal Frame rather than sexy.)

This blog post was inspired by BootsnAll’s Indie Travel Challenge weekly travel blog project.
This week’s topic: Traveling to and within the USA..

More about the USof A