Myanmar’s rainy season is from May to early October. Traditionally, this is a low season for tourism to Myanmar.

I visited Myanmar right right smack in the middle of the wet season in July. My Burmese friend warned that it would be very wet in Yangon but cool at Inle Lake.

After my 5-day trip to Myanmar, I conclude that it’s actually very nice to visit Myanmar in the rainy season.

I don’t particularly enjoy being under the scorching sun when I travel, especially after I had sunstroke in Sri Lanka.

Travelling during the rainy season, there’s not a lot of sun around and the weather is cool. 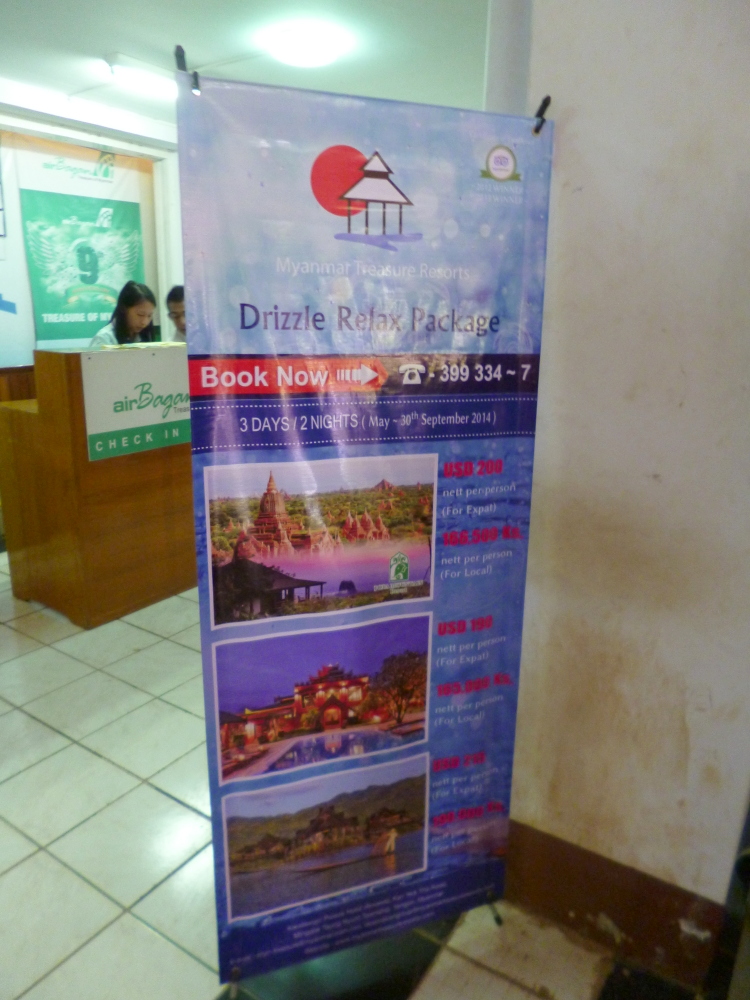 It’s usually cheaper to visit any country during low season. It’s the same for Myanmar.

At Heho Airport, the nearest domestic airport to Inle Lake, resorts even advertise their cheaper packages for the wet season. This was charmingly called “Drizzle Relax Package”. 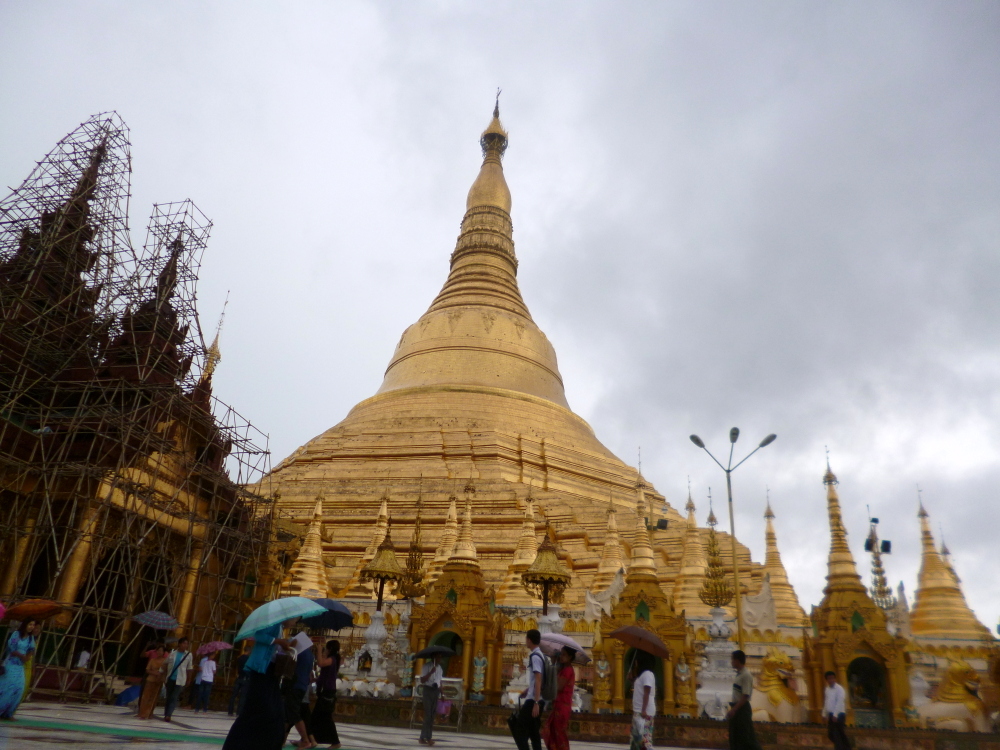 I’m not sure if it’s because Myanmar’s tourism is just getting started but there weren’t a lot of foreign tourists when we were. There were a few Western tourists and some South Koreans at the resort we stayed at.

It didn’t feel crowed when we visited the sites. 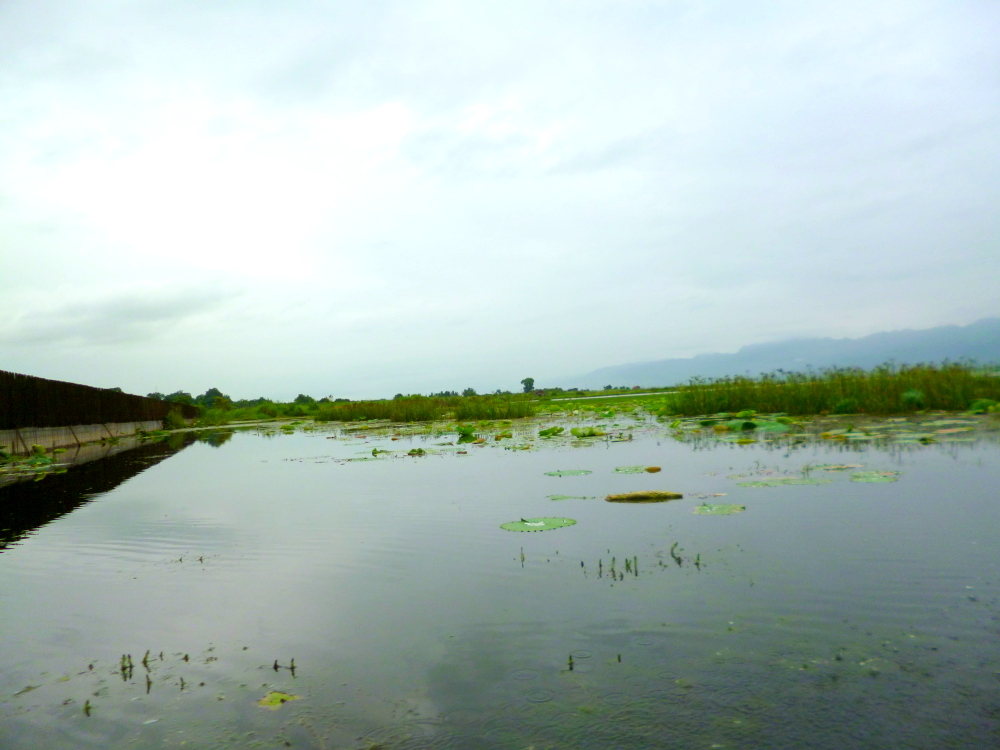 I’m usually a mosquito magnet. Anywhere outside of Singapore, I get swarmed by mosquitos and come back with souvenirs in the form of nasty itchy 10-cent coin bumps.

But during my 4-day in Myanmar (with two spent at water-heavy Inle Lake), I only had less than three mosquito bites.

However, according to science, mosquitoes can still fly when it rains. So I can’t say if Myanmar mosquitoes don’t like my blood or if it really was due to rainy season.

Why you shouldn’t visit Myanmar in rainy season 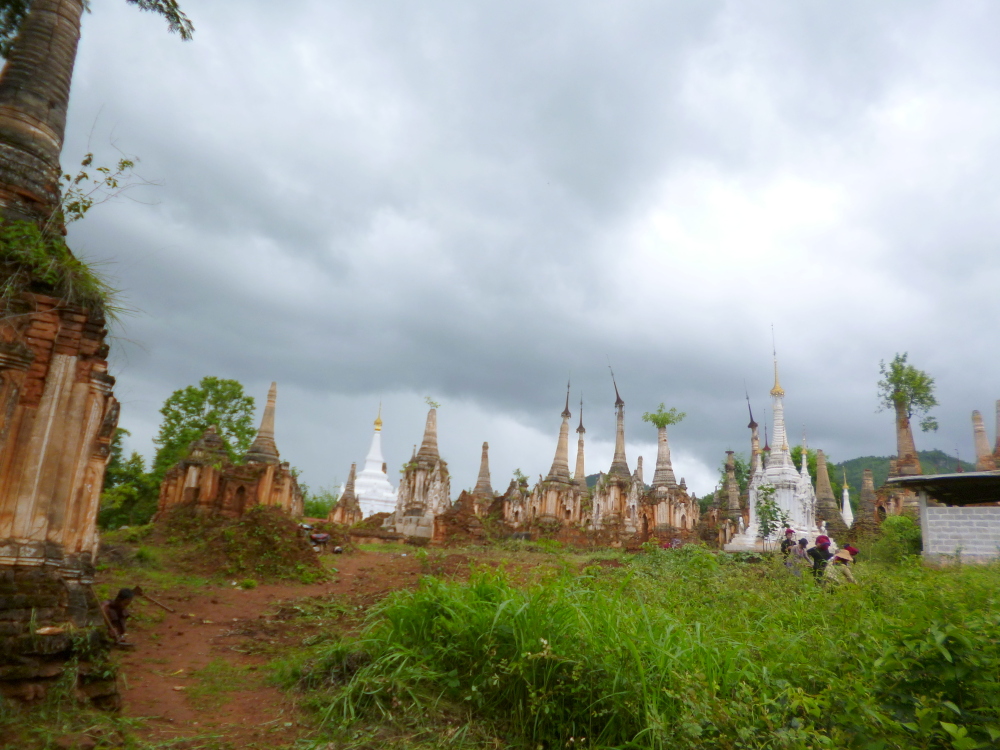 I only have a point-and-shoot digital camera. The effect of photos on a cloudy or rainy day is not as good as bright sunny days. But it does give a melancholy look to the photos.

2. You have to walk around under an umbrella 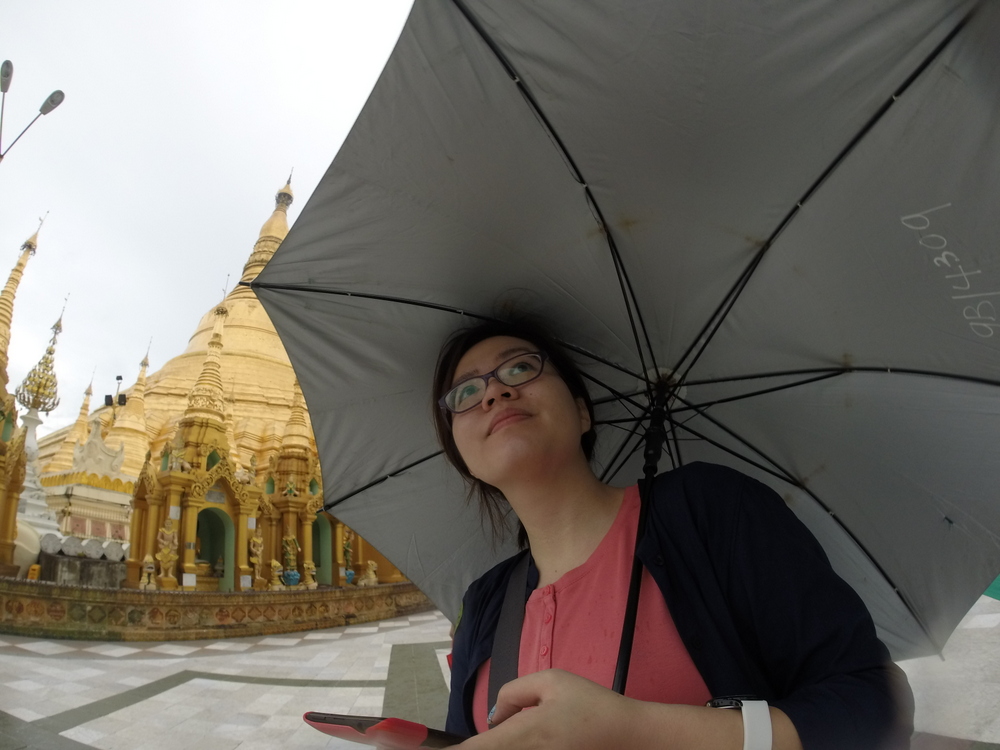 If it’s raining hard, you’ll need to carry an umbrella around while sightseeing. I discovered how difficult it is to juggle a camera, a selfie stick and an umbrella.

3. The ground gets really muddy 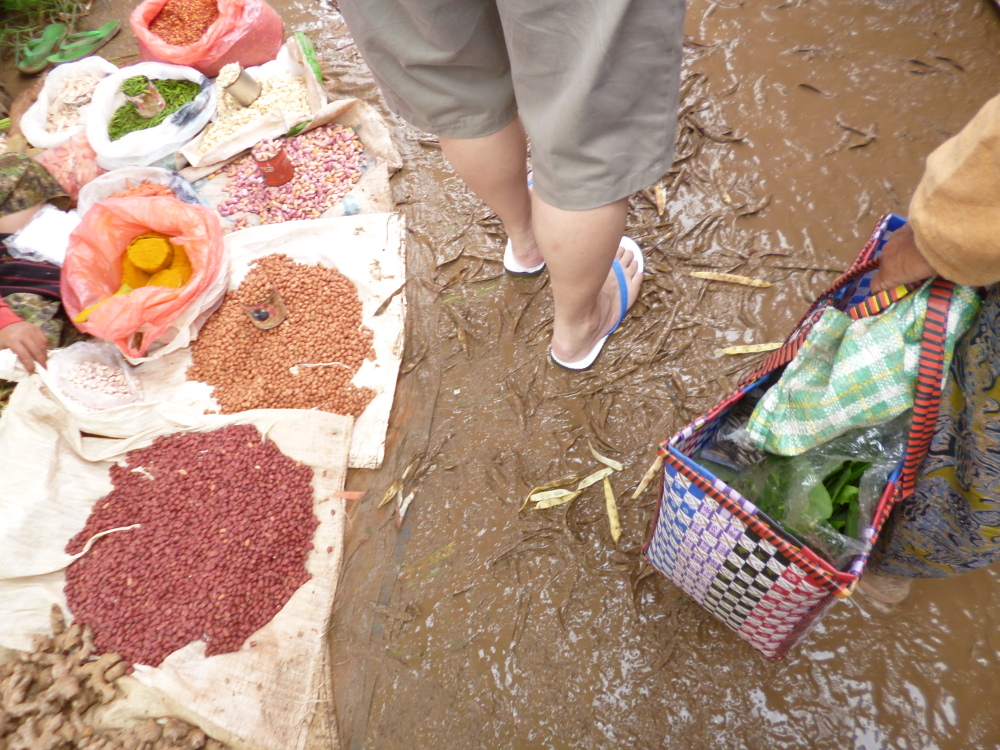 If you’re visiting the countryside, it’s very likely that the ground is not paved and you’ll end up with super muddy shoes after a walk. At times like these, it’s best to wear your flip flops so you can clean your feet easily.

For me, pros of visiting Myanmar during rainy season outweighs the cons. Hope this helps you in your travel planning process.

Many thanks to  TripZilla and Myanmar Airways International who made my trip to Myanmar possible. Whether rain or shine, all comments are my own.