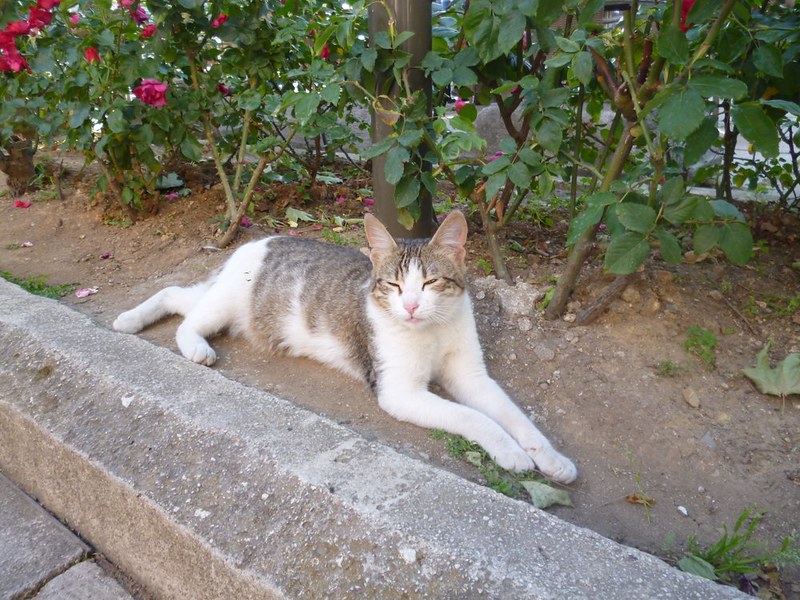 The problem with photographing cats is that they never seem to have another expression aside from disdain or a “Get out of my face!” look.

This grey cat was found lazing in the rose bushes at the exit of Haghia Sophia. 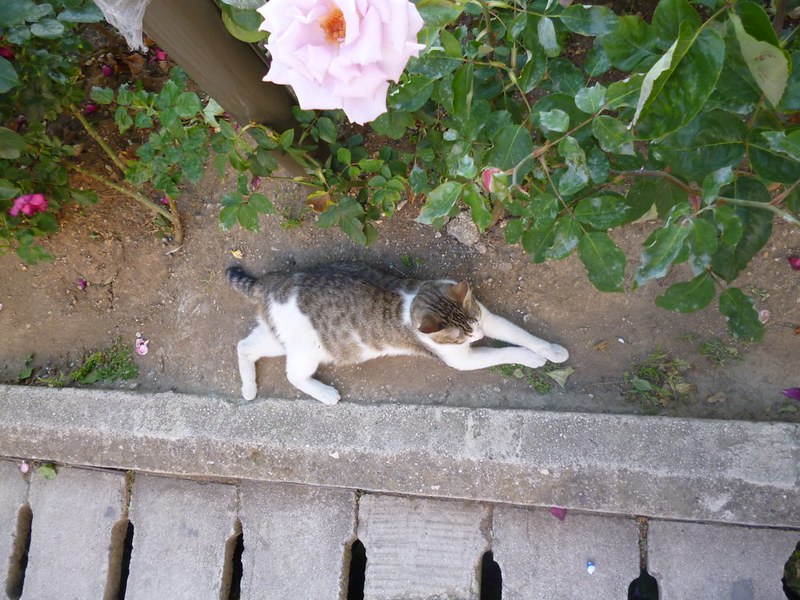