As always, uploading photos before I slowly continue with the blog

We woke up around 7am in the morning. Very glad that my body is still living in GMT +8 or I would never be able to wake up. Nguyen’s mom insisted on showing me her prized mangoes. They were bigger than my fist! Nguyen made preserved green mangoes with them at night– preserving in boiled fish sauce and sugar.

Osmanthus fragrans– very very fragrant flowers. There were two bushes of such flowers planted next to the bedroom windows. 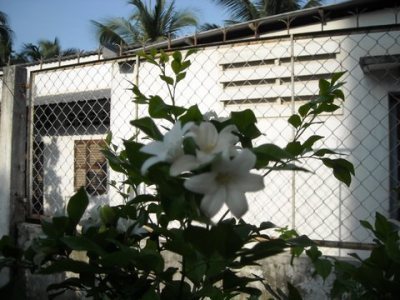 Nguyen told me that her mother planted them so that when she opens the windows in the morning, she would be greeted by the fragrance.

However, she didn’t realised that she was allergic to them. In the end, the bushes had to be trimmed.

For breakfast, we went to the town guesthouse. We sat in the shaded courtyard, on small chairs– like chairs for kindergartners. The table was petite too. Each meal in Vietnam comes with free tea. And I love tea, free or not.

We had the famous My Tho noodles for breakfast. It was very yummy bee hoon soup.

Nguyen said that if she would not be bored eating them even if she has to eat them for all meals for the rest of her life.

And at the guesthouse, I had my first taste of Vietnamese cofffee. 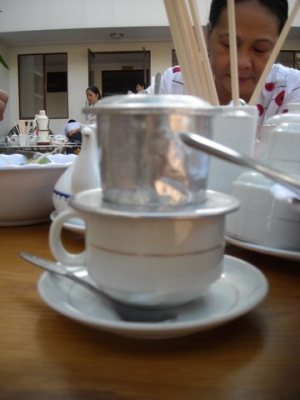 My first sip and I frowned. They got my order wrong! Why do I have chocolate when I ordered coffee?

Why is it so sweet? What is this smooth flavour on my tongue? And I drank another sip. It is coffee. And it is the famous Vietmanese coffee–roasted with butter and mixed with sweet sweet condensed milk. I am in love! With Vietnamese coffee. 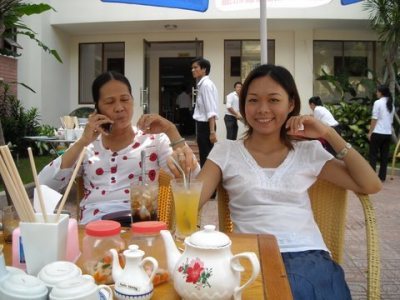 After breakfast, Nguyen, her mom, her cousin and I went to the jetty for a tour of the Mekong river.

We floated around on a boat, adoring the gray water, blue sky and fluffy clouds. And reapplying sunblock on the boat. 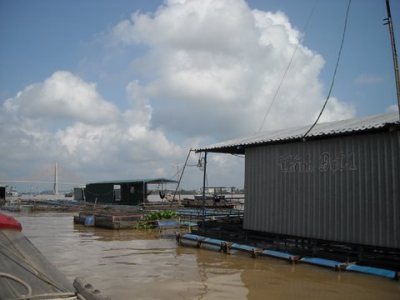 And we landed at one of the islands on the river. There were stalls selling touristy things. A stage to perform touristy performance. And somewhere that shows how coconut candy is made. I missed out on the candy making but I can imagine how tasty it would be. It was a very tourist thing to do– take a smaller boat ride on the streams of the island.

I spotted this and wondered who built an amusement park in the middle of Mekong river.

Turns out to be Phoenix Island where the Coconut Monk spent this day preaching. 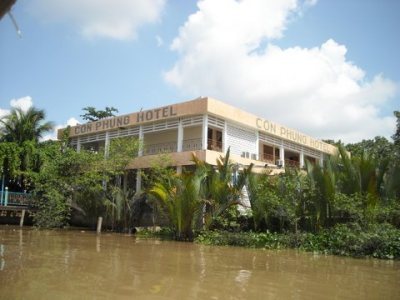 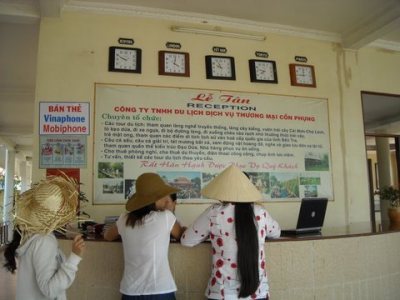 The coconut monk was a guy who spent his days on the island eating coconuts. He told the world that he will be able to unite North and South Vietnam. 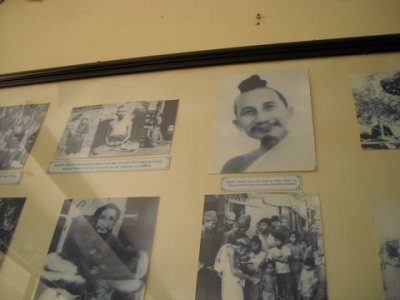 This is his meditation area. 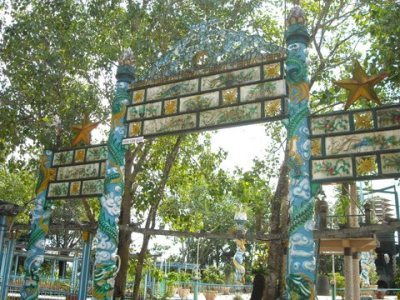 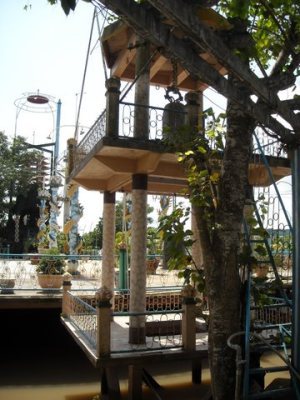 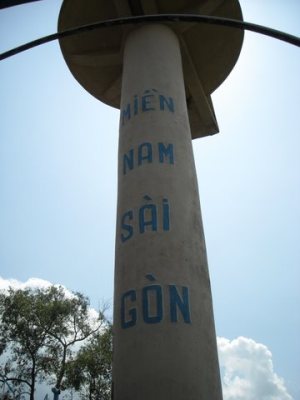 A walk around the island and we went to rest. I love all this resting. 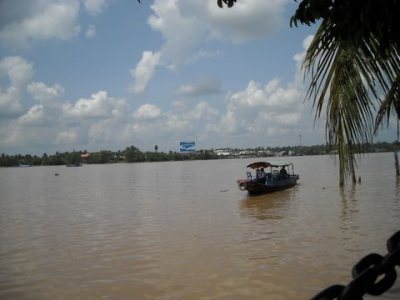 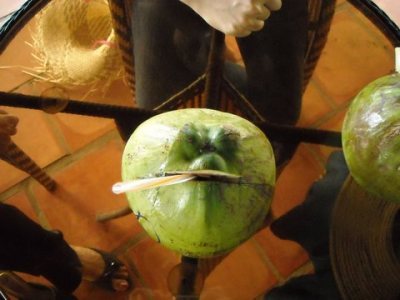 A very tasty drink of soda, sugar and lime, of course plus a huge block of ice.

Veg and noodles for your spring roll 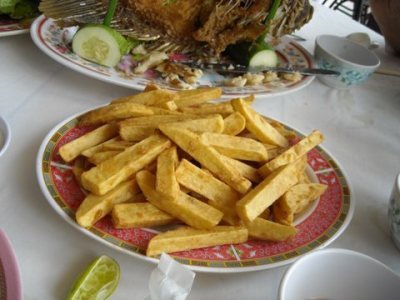 The rolling of spring rolls 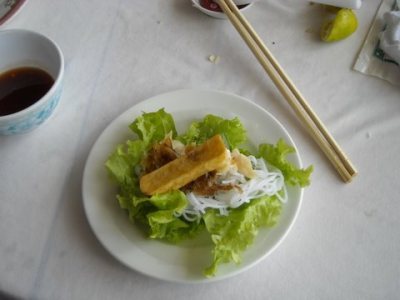