Sri Lanka is a very peaceful place but like the Singapore safety tagline “Low crime doesn’t mean low crime”. I will share some of the scams and touts I met while in Sri Lanka.

As usual, at the beginning of a difficult post, I need to put a disclaimer. I have met many lovely people in Sri Lanka who are not scammers or touts. These people include:

I am trying hard to remember the good things about Sri Lanka because I am afraid that the dark side will take over and I only have bad memories of the country.

Even though I need to forget the bad, I still want to write down the scams that could have happened to me. I have no idea if the cases were really works of touts but, to be careful, I will list them down:

As soon as I reached Colombo Fort station, I encountered my first tout. Unfortunately, it was even a government-sanctioned tout.

At the station, I was ushered into an air-conditioned room. On the glass window, big letters spelling RAILWAY TOURIST OFFICE made me feel rather gladly surprised that there was such a service. This is even better than Yogyakarta!

I told the moustached man that I was heading to Anuradhapura and needed tickets  and I just missed the previous train by 15 minutes.

The man made a call on his cell phone to confirm that there were still tickets for the 4:30pm train. He asked where I was off to next, which I thought was nice of him. How wrong I was.

I told him I wanted to buy tickets from Kandy to Colombo and I would take a bus from Anuradhapura to Kandy since there were no trains.

He offered to get me a driver to pick me up from Anuradhapura and bring me to the sights in Pollunawara and Sigiriya. I will stay in a hotel in Sigiriya for a night before being sent to Kandy. All this for 25,000 rupees.

At that point, my brain was hay wired. To me, 25,000 rupees sounded like S$25 which is ridiculously cheap. I almost said yes but didn’t because I wanted to do the indie travelling way.

When the man saw that I was not convinced, he brought over a map and pointed to the different places. Anuradhapura and Kandy looked very far from each other.

Then I snapped out of it. I looked at him and said, “But I don’t have that much money.” US$250 was about two-thirds of my budget for the whole trip!

Then the man turned cold. He folded the map and said, “Well then, you have to buy the ticket yourself. For US$250, we can do it all for you.”

“I really do not have the money,” I said, packing up my things and standing up.

When I left, a Caucasian couple were deciding if they wanted to take up the package. I wanted to shake their shoulders and say: “It’s much cheaper to DIY!” But of course I didn’t, instead I left and went in search of my train.

In Kandy, while I was walking the circumference of the lake. A man dressed respectably in sarong and white shirt suddenly started praying towards the Tooth Temple when he saw me approach.

I tried to walk behind him so I won’t block his praying. He stopped his praying and said to me: “Good morning, Madam. Today is a special day.” He pointed to the temple.

He said: “There is a special ceremony at the temple. The president is coming.” He looked like he wanted to escort me to the temple.

Even though I had no idea if the president was coming or not, I said: “No! I was at the temple just now. Goodbye.”

I continued walking and heard his footsteps behind. In front, there was a tuk-tuk and the driver said, “Good morning Madam.”

The man behind me immediately followed with a “Good morning” but I just nod my head.

Good things another tuk tuk stopped in front. The drive in the vehicle prayed towards the temple. I took the chance to pretend to be enthralled with a crow that stopped in front of me.

I then continued walking and luckily the man did not follow me. Later, when I walked back (the lake was too big to walk a full circle), I saw the old man sitting in the tuk tuk with the driver.

Perhaps they were accomplices in a “special ceremony” scam: The man pretending to bring the tourist to see a special event. A tuk tuk miraculously appears. They then charge an enormous sum as payment for their company.

I will never know if my theory was right. But thank the Tooth for the tuk tuk which stopped just in time.

This is a rather small but ridiculous case of scams. At Sigiriya, there were two men lingering outside the women’s public toilet. It was very awkward and if I knew enough Sinhala, I would tell them to not hang around there.

One of the man offered tissue paper. I shook my head and went into the toilet.

When I was washing my hands, a few tourists came in. They took the tissue from the man, perhaps thinking that it was the Official Tissue Dispensing Man.

As I left, the Official Tissue Dispensing Man held out a palm in which there was a 50 rupee note. It was rather

At famous sights, there is always a person or two who wants to show me the way to the attraction (even though it’s plainly in sight).

I always decline because I don’t want them to turn out to be tour guide touts who want money in the end as reward for their company. 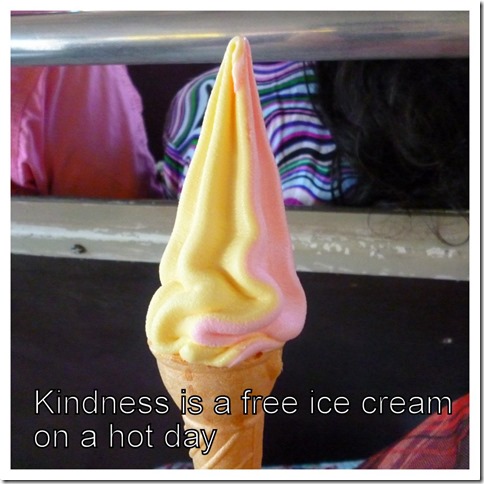 All these incidents made me wary of people. When I hear “Good morning madam,” I have to ignore the greeting because I do not know if it was genuine Hello or just the beginning of a hard sell.

I know that as someone who is privileged enough to travel (yes, travelling is a privilege). I do have more disposable income than the locals. Yes I can bear to part with a dollar or two, but does that mean I should condone these scams and touts? I think not.

If we take out the scammers and touts of Sri Lanka, it’s a really great place to visit. The people are friendly and the sites are nice. Just remember to bring lots of sun protection and not get heat stroke.

4 thoughts on “Sri Lanka scams and touts I met”