Another day of school, for breakfast it was pizza toast, kiwi shake and coffee. It’s *real* adult coffee, not the 3-in-1s I drink at home. It’s made using a machine!

Today, okaasan let me ride her bicycle to the train station because she said it’s getting hotter these days. The bicycle seat is very high, I can’t even touch the ground while I’m on it. And okaasan is not as tall as I am. How does she manage to sit on it?

The inside of the train

Thanks to the bike, I had a few more minutes to use the computer in the library. But I couldn’t update the photos part because it would take too long.

In language class, there were four other students who came from level four. The clock in the classroom didn’t work and stayed at 11:42 forever and ever, I had to peek at other people’s watch for the time.

Lunch, I picked the shorter queue. I had some pork and egg tofu. Oh, in Kyudai, they supply free green tea, warm and cold water. I wish we have free green tea back at NUS : 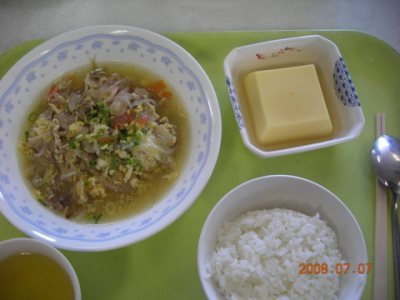 Then it was history class, we’ll be having our test on Wednesday. Well,, it’s open book and I only have to choose one to study so.. haha.. it’ll be ok??

After class, some people went to the indoor basketball court to play. The court was so so so soooo hot. There was no air circulating and it felt like a HUGE sauna.

Some of us left the court as soon as we can. And we went to You-me Town. It’s pronounced you-meh, like the dog. It’s a big shopping mall and I was out to look for a hat, yukata and sunglasses.

Since it’s summer, there was a yukata fair. 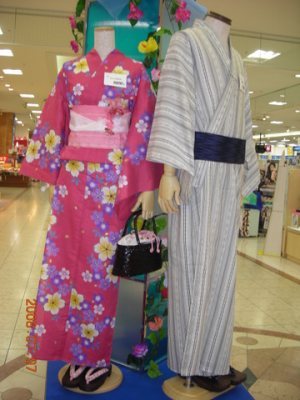 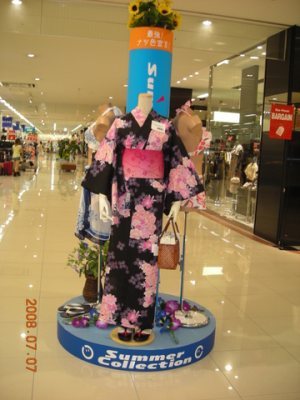 Oh, here’s a corner of their cosmetics aisles. Don’t you just drool??!

And here are the drinks section 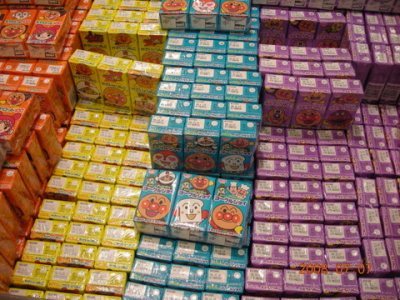 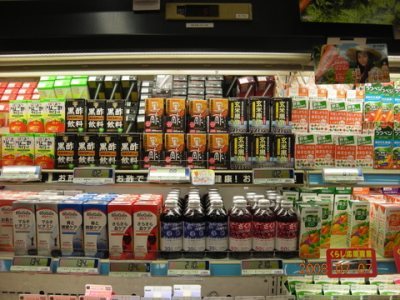 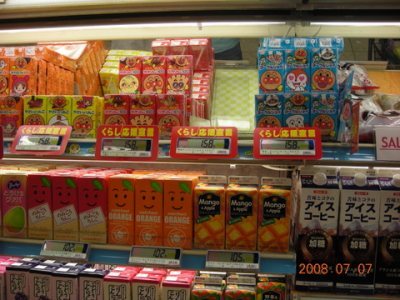 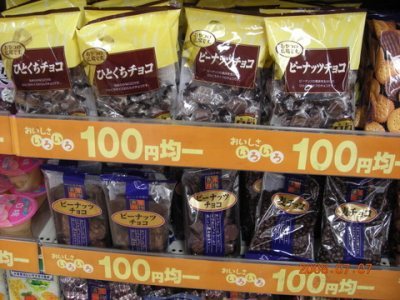 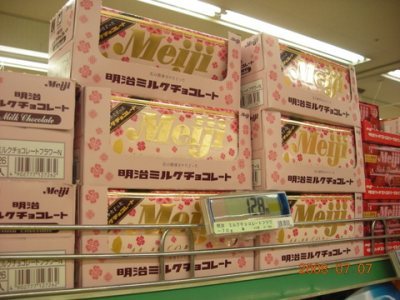 There were sunglasses but none clicked with me. Oh, they were selling at around 1,000yen too. so cheap.

I got home at 7plus, the bicycle ride back was fun. Then it was dog walking. And I saw REAL LAvendar!!! It was only a small clump. I saw it’s purplish-blue flowers and pinched some of the flowers and it smelled heavenly. I’m soo in love with lavendar. Will take a pic when we pass there again.

At night, dinner was meat and pasta. Okaasan prepared so much, I’m getting wider even with all the walking.

Oh, I had pudding after my bath.yum