Slept at 11pm but was waken by cat at 12 midnight. What on earth!!! Thought I would have to live in fear of the cat coming in my room to disturb my sleep. But then I remembered the clothes hanging thing I have in the room. I took it down and adjusted it so it would hold the door. FInally, I will have peace during my sleep. 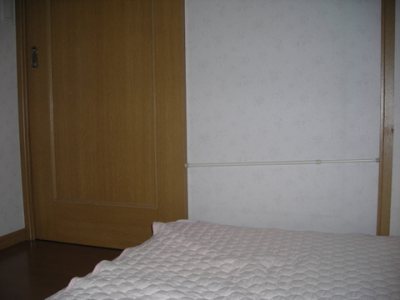 Okaasan drove me to the train station because she needed the bicycle. I was in time to catch the 8:31am train and reached the school’s station 2 minutes before 9am. But the walk from the station to the library was 8 minutes so in the end I only had little time to use the internet.

I brought my bottle of sunblock to school. It only has 15 SPF so I better reapply it often. The scent was a bit overpowering in class though. So sorry!

At lunch, I used the chopsticks I bought at DAISO. They use those wooden “hygenic” chopsticks and I don’t think these things are recyclable.

At 1pm, it was History class exam. I wrote really really lousy stuff. Well, the worse will be I can’t map it. Nevermind, I only need one module anyway.

Then when class was over, Wawa’s tutor took me and her to her apartment where we’ll be having a takoyaki party. Tako is octopus and yaki means the way of cooking it by cooking it on a hot plate. In Chinese, we call it  “zhangyu shao.”

The party, there was Wawa tutor’s Skk, M, Syk and my tutor Nm. They seem to have these party every once in a while. So fun.

How to make takoyaki.

There’s takoyaki mix where you add in two eggs, 800ml of water and mix. Interesting! 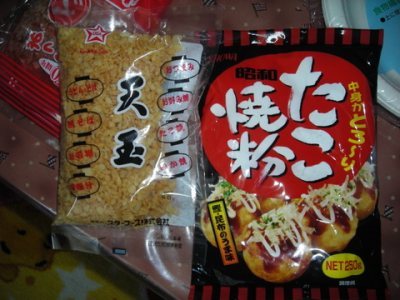 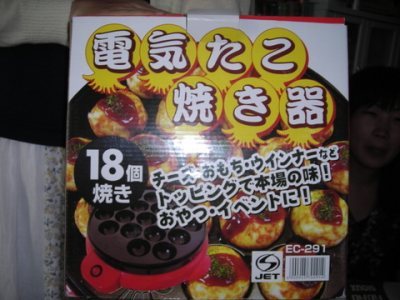 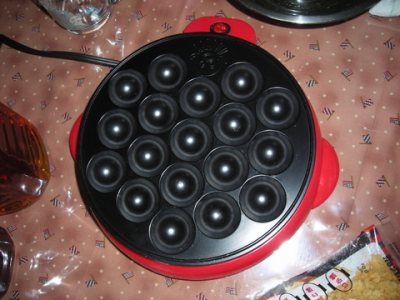 And here are in ingredients:
octopus and chicken. 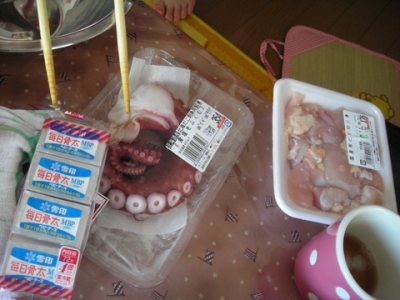 After mixing, pour the mix onto the hot plate. 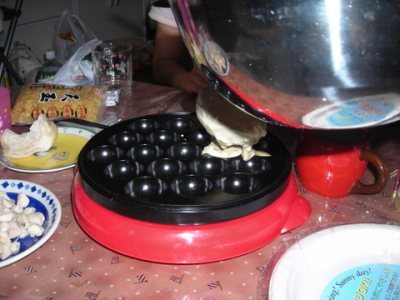 Then you put whatever filling you like: chicken, octopus and cheese shown here 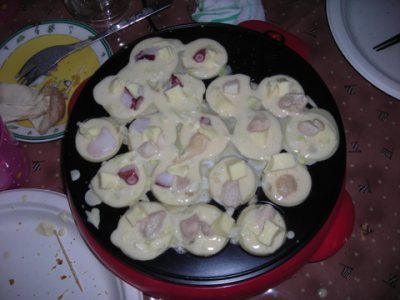 Wait a while before you prick at the sides of the takoyaki to flip it. I did ugly takoyaki. ha ha 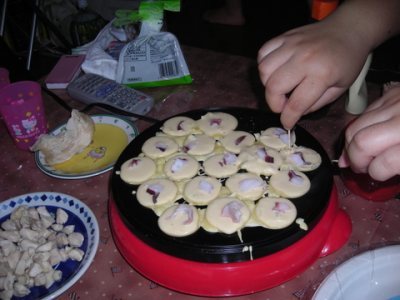 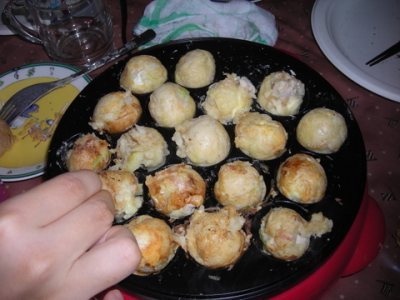 Then when the how takoyaki is a nice brown colour, take them out and put on takoyaki sauce, mayonaise, seaweed and fish flakes. 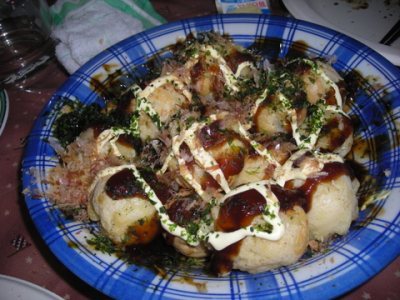 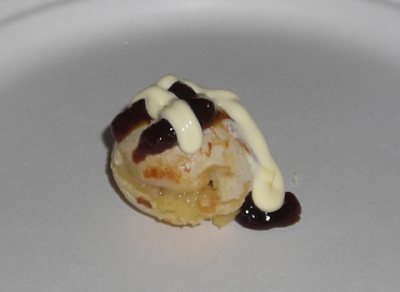 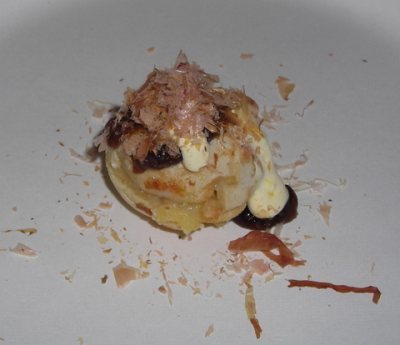 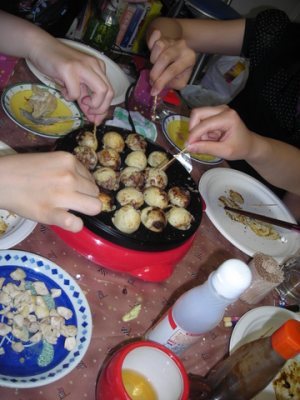 Apart from the normal octopus, we had chicken and also chocolate with cheese. Choc and cheese are desserts 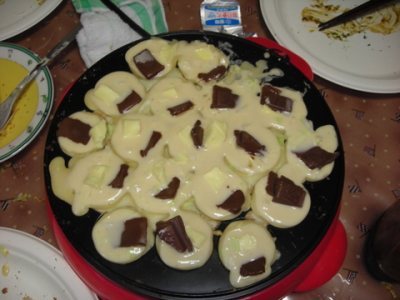 Sounds gross but it tastes OK.

After takoyaki, it was ice cream. The ice cream has tiny chunks of filling which are heart shaped if you spoon ot correctly. (ha ha) 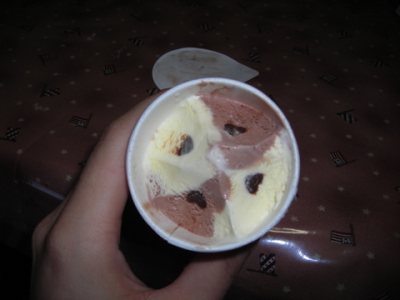 The girls walked us to the subway station after dinner. I took the subway (one stop) to my train station because it was quite dangerous to walk at night. Seems like their version of samseng is called Yankee, I wonder if it’s related to Americans

The train ride wasn’t expensive as they had a special fair for one stop rides. 100 yen

Okaasan fetched me from the station when I got there at 9pm.

After showering, I did my homework. The night passed peacefully with no intruding cat.