KLIA2 is the new terminal for budget carriers flying in or out Kuala Lumpur. Malaysia’s largest budget airline AirAsia moved its operations from the Low Cost Carrier Terminal (LCCT) to KLIA2 on May 9.

I was flying to KL on May 10 so I had the chance to see the airport while it was still new. Here’s a peek at what the new airport looks like. 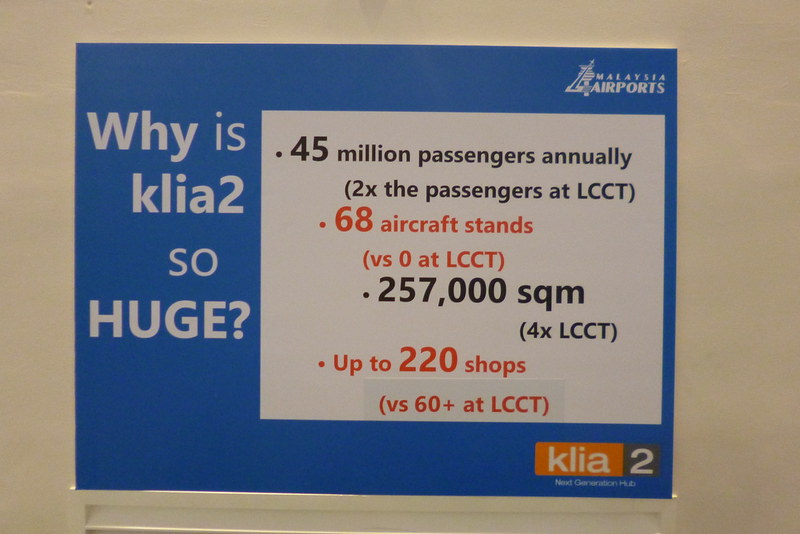 Before flying, I’ve read advisories from AirAsia telling travellers that the boarding gates are quite far so everyone needs to be early. The walk from the arrival gates to the main terminal did feel quite long, although the view of airplanes from the large windows helped pass time.

Things were still kind of bare when I was at KLIA2. I didn’t get much photos of the arrival hall because I wanted to catch my bus to KL Sentral.

The buses are located at Basement 2. I had booked a shuttle bus to KL Sentral from AirAsia. Turns out I could just hop on the bus and show my ticket.

I had more time to take photos when I was leaving KL. The departure level is the highest of the building and getting here takes more time than I expected.

I like that there are a lot more restaurants at KLIA2 than LCCT. Finally, more food choices. But I only got a cup of latte from McCafe since I ate multiple meals before leaving the city center.

After having my coffee, I had a really difficult time finding a normal trashcan to throw my cup. The human-FAQ couldn’t help me and only pointed to the recycling bins. 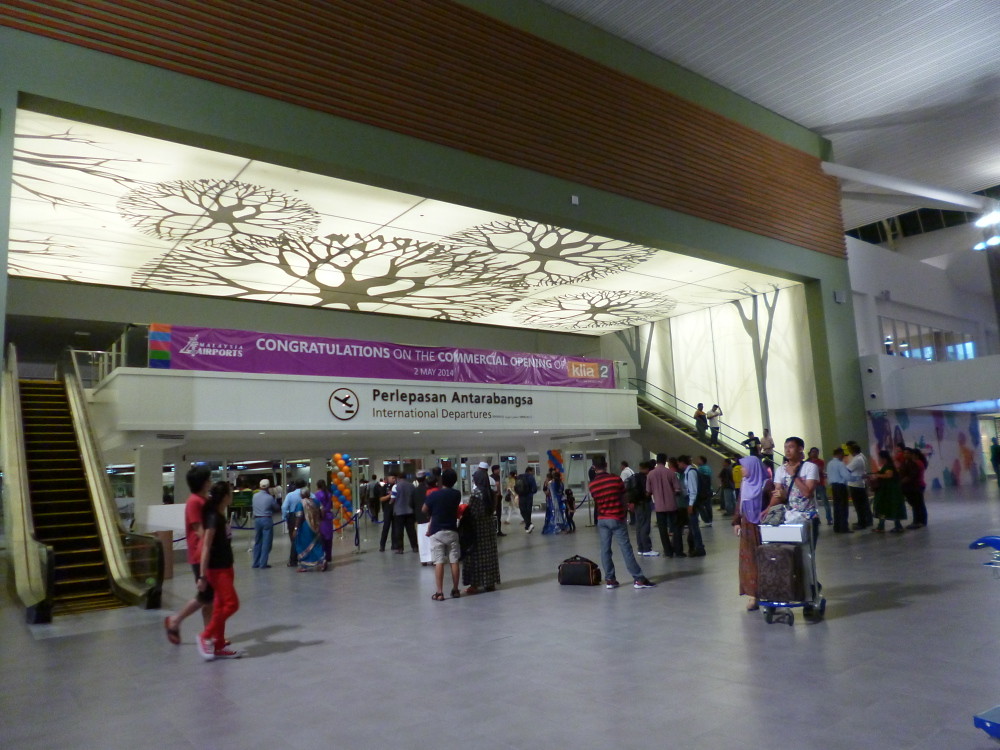