Today we’re still in South America and we’ll take a look at the yummy things in Chile.

I spent a short time in Chile. In fact, I made the decision to go to Chile less than 24 hours before the flight. Initially I had planned to visit Ecuador but there were flight complications so I ended up buying a US$400 ticket to Chile.

The only reason why I was in Chile was to hang around for sometime before heading to Peru where I would be spending a month with a 30-day visa.

Still, Chile offered some interesting events such as meeting Leslie Forman whom I’ve “met” on the internet, seeing snow for the first time in my life and drinking Piscola (which does not include any piss).

I wasn’t in Chile for long so I didn’t eat that much Chilean cuisine. To make up for the lack of tantalizing photos, I will break down my food tour of Chile into different award categories.

Have I told you how much I love ceviche? My last post praising this raw fish marinated in lime juice did not include photos of ceviche that I ate in Chile.

For someone who cannot handle a lot of alcohol, I love drinking alcoholic drinks that are sweet. By combining the heady pisco with Coca-Cola, you pretty much have the best drink in Chile.

I even wrote a whole post dedicated to Piscola. 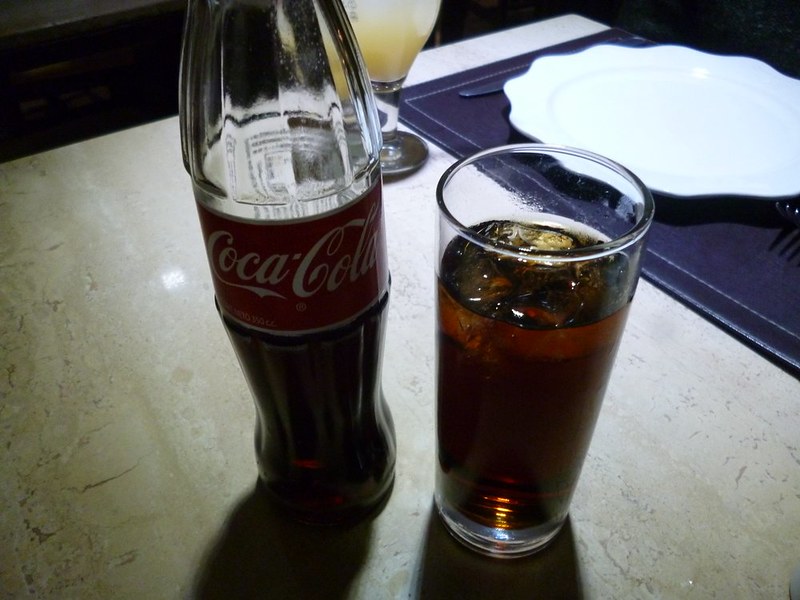 On Sky Airlines, I was given the worst plane food I have ever eaten on my flight from Buenos Aires to Chile. And I’m usually in love with plane food.

The main dish was tuna mixed with some strange mayonnaise and a weird salad. The dessert was a limp crumble that didn’t taste like anything I have eaten.

This is the type of food that gives plane food a bad name.

Executive menus are lunch time sets on weekdays, probably aimed at executives since it’s named that way. I had a couple of these sets while I was in Chine because they are cheap and filling.

My first menu ejecutivo was at a little place in Santiago. It had a whiteboard outside a bit far from the actual restaurant but I was tempted by the price and the promise of broasted chicken. Hmm…

When the waitress came over to clear my table for desserts, she asked something in Spanish. I didn’t know what she was saying so I sadly shook my head. Then she had a horrified expression and pointed to my dish. I realized that she was asking about how the food was so I shook my head and said, “Bueno! Bueno!” (Good, Good!)

Another memorable menu was in La Serena.

As you can see from my receipt, the cost of my café latte was half of the total lunch set. It shows how cheap these sets are (and how expensive good coffee is).

That day, the restaurant had its menu ejecutivo blackboard out but they didn’t let me order until the time for it arrived. So I had to sip my café latte very slowly before the food came.

What’s on next week: More food in Chile!

Is this all you ate, YQ? Actually, no, next week, I will bring you food from Chile. But this post is different because it’s non-Chilean food I ate in Chile.

Until next week, stay hungry (but not too foolish).

One thought on “Glutton in Chile: The best of Chile”