I love eating and food in Indonesia sure was good. I’m not sure how much weight I’ve gained during this trip. Hopefully, all the calorie intake has been canceled out by all the walking with my heavy backpack.

While we spent two nights in Solo, most of the eating was done in Yogyakarta. Here are some of the highlights of the food we ate.

Yogyakarta is famous for nasi gudeg which has cooked young jackfruit inside. (I had thought that the dark cubes of jackfruit was meat. I’m easy to bluff when it comes to food.)

We only had gudeg twice during this trip. The first was not as good as the last I had. The last dish was right before our plane back in a shop just around the corner of the road leading out of the airport. The dish was fragrant with coconut milk and the sides were really flavorful. Yummy!

Noodles in Indonesia are fabulous! No matter if it is at Mie Nusantara in the airconditioned mall or the warung just by the road, their noodles are springy and flavoured just right with soy sauce. The meat balls, bakso, that came with the noodles were never the flat doughy stuff I get from the supermarket but firm.

We accidentally stumbled upon a fried duck restaurant chain on our way to Jalan Prawirotaman. While a large banner outside of the shop said “fried chicken”, its sign was a duck. I thought it was a typo (or a drawpo?) but we went in anyway, expecting crispy fried chicken.

It was a really yummy surprise when we found out they serve fried duck. Unlike chicken, fried duck is tougher and has a stronger taste. The fried duck feet was more limp than the usual chicken feet and has less meat on it.

Fried chicken is also a famous food in Jogja. Unfortunately, we had KFC once there. Later we did had local fried chicken. The meat is a lot lesser than the regular chicken we have in Singapore. Hopefully, it means they didn’t grow up on chemicals to make them fat.

Explained on Wikipedia as: Betawi soto, made of beef or beef offal, cooked in a whitish cow milk or coconut milk broth, with fried potato and tomato.

We found “Bang Daddo” while walking back to the hotel in Solo. I was a bit suspicious of the shop at first because there were two teenage boys at the store. I don’t think teens can make a good meal.

But it turned out that there was a lady there as well. My soto was coconutty and had a hint of tomato’s sourness. Great stuff.

To accompany it, we had fried beef as well. The little piece of meat tasted like beef bakkwa but more juicy.

Another shop which we accidentally stumbled upon was Kedai Tiga Nyonya. A Peranakan restaurant just outside of Phoenix Hotel. 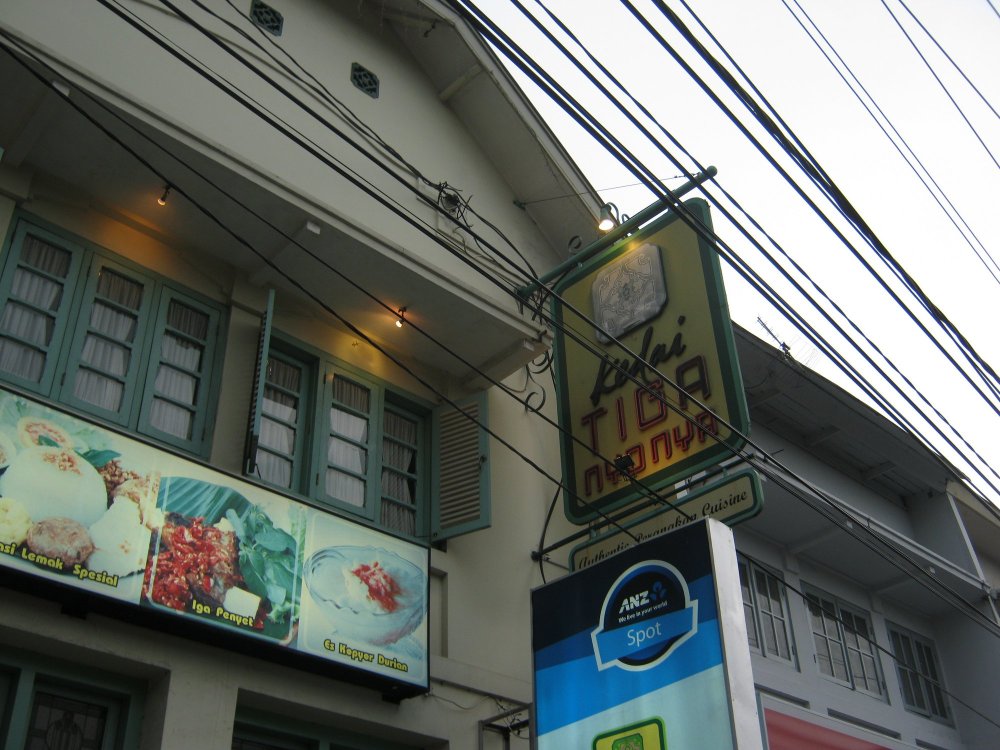 At first I found it funny that we had Peranakan food in Jogja. I mean the tourism board doesn’t promote the peranakan culture in Indonesia that much, unlike in Singapore or Malaysia where it’s really in your face. But after thinking about it, it’s only logical that Indonesia has a peranakan culture as well. Not sure how true this Web page is but it has interesting information about Peranakan in Indonesia.

The food was good but expensive in Indonesian standard. During our two trips to the place, we had good dishes such as chicken with buah keluak, salad, sup buntot, butter crab with salted egg (not recommended). Oh, their avocado juice is to die for. 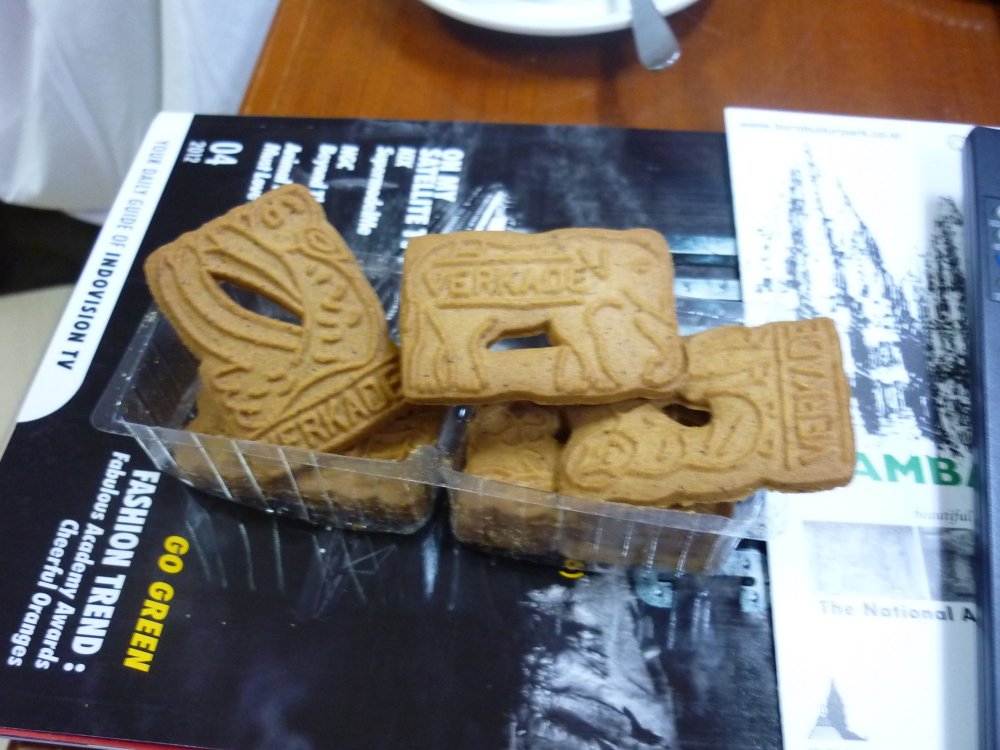 The dutch inspired cookies were tasty with spice and too cute for words.

The drinks in Jogja were not as toothachingly sweet as those in Bandung. I like their Teh Panas (hot tea) which is a dark jasmine-flavored tea mixed with sugar.

Indonesia should be ranked as one of the best foodies countries. I’m not sure why Lonely Planet’s reader voting didn’t include Indonesia in its Top 10 Food Destinations. (Maybe all the voters only went to Bali.)

Hungry for more food and Indonesia?