I just did a calculation of how much I’ve spent for these three weeks. Even without minusing my prepaid stuff, I say I’ve done quite good at budgeting. The down point is that you’ll have to miss out social events, but at least you will get more rest than socializing.

Another weekend, today the family brought me to visit a large reclining Buddha. We had to drive for about one hour to get to the place. I like drives coz I get to see lots of parts of Japan.

A funny sign I saw. If I want my kid to have guts, I’ll be sending her here.

THe petrol station. It closes on Sunday. Amazing 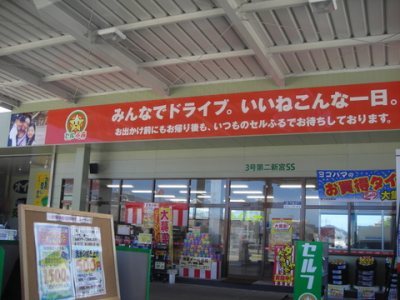 Otousan drove as okaasan said she was not confident driving curvy roads.

At last we reached the place. At the entrance was a motherly guanyin. I love the roundness of her face.+

I was surprised to find a Shinto tori at a place where there’s a Buddha lying around.

We walked around before visiting the Buddha. They have a natural cave with statues in it. The water that came out can be drank, doesn’t taste any different though. I didn’t take photos in the cave because it seemed rude.

Five Dizhang. So cute. Back where I came from, it’s always an adult Dizhang.

There was also a long snake. Eek 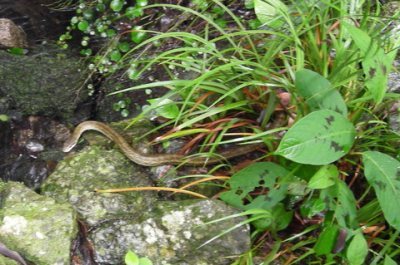 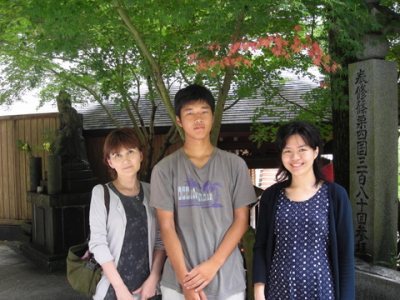 On th way to see the Buddha, we saw funny stuff. 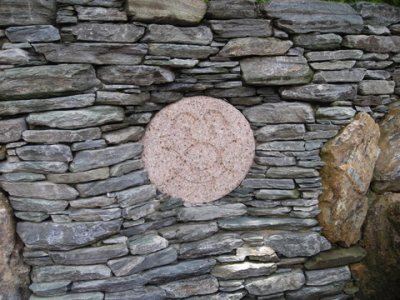 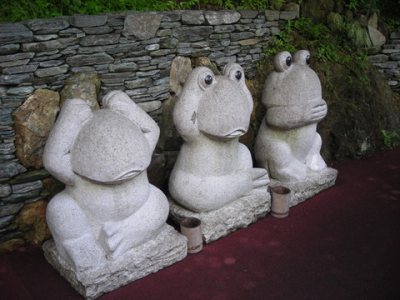 Buddha. it was so sunny while we were at the place. The cement ground did not help either. 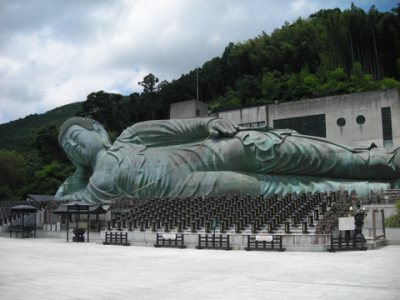 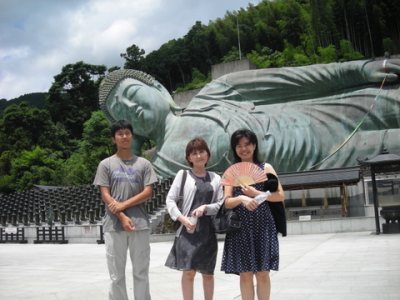 We then have ice cream. Mine’s Uji tea with vanilla and red bean paste. Yummy. Uji is famous for its tea, and also being the location for the last ten chapters of Genji Monogatari 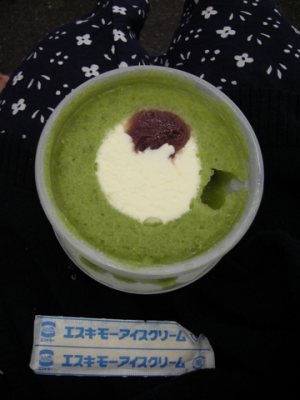 After the temple, we went back. On the way, we stopped for konyaku ice cream. I can’t taste the difference.

We stopped at a tofu shop and did some tasting. Okaasan says the water there is good so konyaku and tofu produced there are also good.

While otousan drove, we slepy away in the back. At 3pm, we reached our neighbourhood. We stopped for Sapporo ramen. Its noodles is thicker than Hakata ramen. But I like Hakata ramen’s soup more.

When it was dos walking time, otousan walked the three big dogs while okaasan, K and I went to the sea to walk Merry the granma.

It was a rocky beach and they had all sorts of creepy living things.

There was some sort of shelled bugs running all over the place. Then there’s clams used in Italian cooking.

I messed with the preset scenes of my camera.

Dawn and Sunset settings. It’s the same angle at almost the same time. 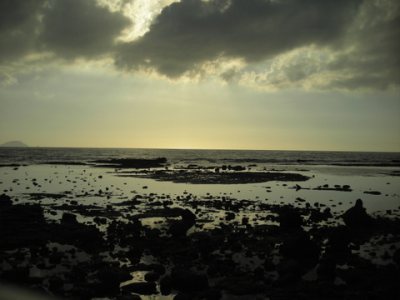 I prefer normal light though.

Shoes that are killing my toes.

For dinner, we went to a Izakaya, a place where officemen go to drink after work. And also school kids go there to talk on top of their voices.

The food is mostly finger food with lots of satay-like and deep fried meat.