Today I returned to San Salvador after three nights in Santa Ana. I still have my cold but the runny nose has shifted from the left side of the nose to the right. Equal opportunity virus!

I took the bus from Santa Ana to San Salvador. Since the day was rather dull, I’ll share something interesting about buses in El Salvador.

Here in El Salvador (and many parts of the world, actually), there are vendors who sell their products in the bus. Not that the buses have canteens on them but roadside vendors would bring their things onto the bus.

The vendors hop on the bus when it stops to collect more passengers and get off while the bus is leaving.

Sometimes, the vendors would still be on the bus when the vehicle has left the station. At the next stop, they would get off. I wonder if they walk back to their old stop or take another bus back.

Also, do the bus driver/conductor charge these vendors? If they do, how much “rent” do the vendors pay and do they make enough money in the end?

PS My newsletter was out today! Have you seen it yet?

PPS I’m leaving El Salvador for a transit in Los Angeles and I will be in Hong Kong in 2 days’ time. That’s right, my flight is actually two days long, I’ll update in a

I woke up today with stuffy nose and phlegm. This is the second day in which I have such symptoms. I’ve caught a cold at almost the end of my trip.

I think it’s from the two times I’ve soaked in the little swimming pool. Even though the day is really hot, the water is cold and it takes a while to get used to.

Having a cold gives me a very good excuse to not explore Santa Ana. The sun, the heat and the racist cat calls are some things I do not enjoy but are thrown in bundles at me here in this little town.

At first I thought my symptoms were not as serious and that I would be alright after drinking litres of water. But when mom asked me on the phone (LINE is amazing for free calls) if I had headaches, I started feeling dizzing. (It could be that I didn’t have a real dinner and only two eggs for breakfast.)

I did a bit of work on the laptop in the public area and decided to nap. Sleep never came so off I went for lunch at a cafe recommended by the hostel. The cafe/restaurant was lovely and served snack-like meals instead of full meals. I think I’ll head here tomorrow for breakfast.

Chicken feet soup for the sick

I went shopping for something to cook since the hostel kitchen is too amazing to be left alone.

I bought some chicken feet and neck, celery, tomato and celery. This will make good comfort food and they cost about US$3.50.

When I was cleaning my ingredients for the soup, I was horrified to find out that the heads of the chicken were still hanging on. Fortunately, I didn’t need a knife to tear off the head. (Someone call PETA!)

The chicken feet soup was a success. I like how Chinese soup is mostly about throwing everything you have into a pot. I had some soup and macaroni for my afternoon tea and more for dinner.

The rest of the day was spent more on the laptop and less on the hammock. [My newsletter is coming out tomorrow! Subscribe now, please.]

By the way, I’m going to Hong Kong in a few day’s time. I’m quite clueless about the city so I welcome your travel advice and tips for it. Thanks! 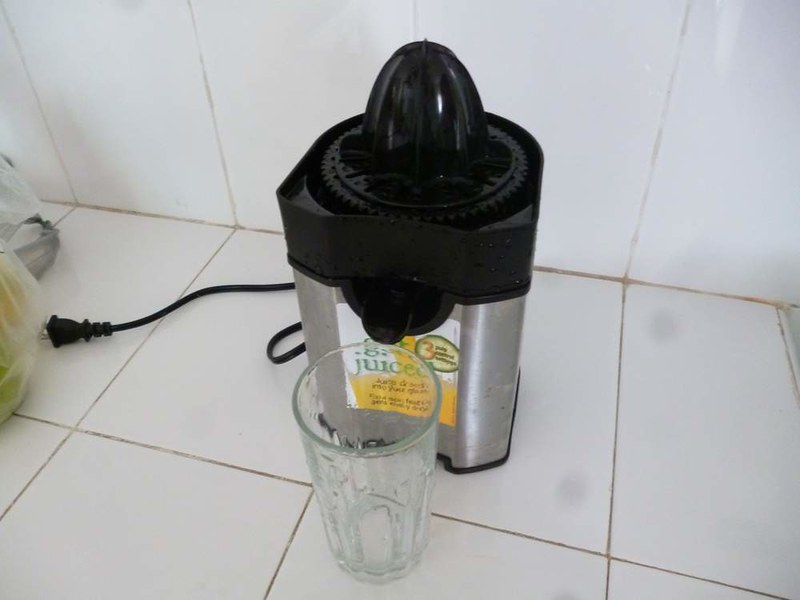 I needed a change from the San Salvador scene. I was in the capital for the past 4 days during which 3 were publIic holidays and nothing interesting was open for business.

I don’t remember how I end up choosing Santa Ana, a landlocked region in El Salvador. Previously I was thinking about learning surfing at some of the El Salvador beaches but then I remembered that I hate warm sea water and the sun so surfing did not make sense at all.

I checked out of my San Salvador hostel before 10am and had breakfast at a nearby cafe before catching a Santa Ana-bound bus.

Unlike the short distance buses, this bus had comfortable seats, air conditioning and even a small TV playing the Alex Cross movie.

Based on travel guides, I know that I have about 1 and a half hour of travelling before we reach Santa Ana. At first I was looking out the foggy window but I found myself sleeping one hour into the journey.

When we got to Santa Ana, the bus stopped at different places. Eventually, everyone got off the bus and I had to too. Last night, I had memorized the map of Santa Ana’s bus terminal to the hostel because I don’t trust offline Google Maps.

Unfortunately, the bus didn’t stop at the bus terminal but I was able to figure out where north was based on the street numbers. I had to ask a shop for the direction of some street but I found the hostel eventually.

Just as I was approaching the hostel, a lady left the building. I rang the doorbell but no one answered. A little sign on the door told me to head to a nearby shop and ask for Carlos* (his real name).

A person in the hardware store took his keys and brought me into the hostel. The lady who left came back about 30 seconds after we were in.

I was given my room key. After depositing my luggage, I went to explore the hostel. This is probably the best hostel I’ve ever stayed at.

The walls are painted vibrant colors and there are hammocks around. There is even a small square swimming pool. There are two kitchens and the one nearest to my room has amazing equipment such as an orange juicer!

After hanging around the hammock a bit, it was time for lunch. I wanted to try out a place recommended by the hostel notice board but all the food were sold out.

My back up was the top Tripadvisor-recommended restaurant in the area.

Yes, I know I am Chinese

I trekked a long way to reach the place. On my way, I still got called out by strangers about my race.

I still do not understand what the people who say fake Chinese words, hiss about my being Chinese or those who say out not-so-nice things about me expect. Do they want me to react badly at them? Do they get a kick out of pointing out the only Chinese person in nearest 10km radius?

Nowadays, I’ve started responding to these people. A few days ago, a man on the street called out, “Chinita!” (Little Chinese girl.) I turned back to him, pointed and said, “El Salvadoriano!”

Today, a young man was sitting on the ground and called out fake Chinese. I stopped in my tracks, turned to him and said something back in Chinese. He just looked kind of stunned.

Later, I passed an old man and his friend, both of them sells things by the road. The old man said something about Chinese and “Me gusta dfsdjafhjsdhf”. I stopped, looked at him and wanted to shout that I know what he is talking about.

However, the proverbial cat caught my tongue and nothing came out. So he asked if I was lost and needed help with directions. As if he didn’t just say not-so-nice things about me! I told him that I know my way and still couldn’t find my retort.

This is getting really tiring.

The rest of the day was spent in the swimming pool and in the hammock.

For dinner, I bought a whole roasted chicken from the supermarket–where an employee sang out to his friend, “Chin chin chin chin.” I glared at him.

Tomorrow, I will be able to make fresh orange juice since the hostel kitchen has such a machine. I also bought eggs since I haven’t had those in a while.