I was thinking of buying a pineapple while out shopping today. I’ve never cut a pineapple before so I had to search for articles on how to cut pineapples.

The instructions seem simple enough so I bought one. After the shopping and cutting up of the fruit, I deduced that cutting pineapple is not as easy as people make it to be. Here’s why:

Instructions: Pick a pineapple that is yellow with green leaves.

What they don’t tell you: The yellow pineapples are hidden under the green ones so you have to battle through their prickly leaves to get the one you desire. 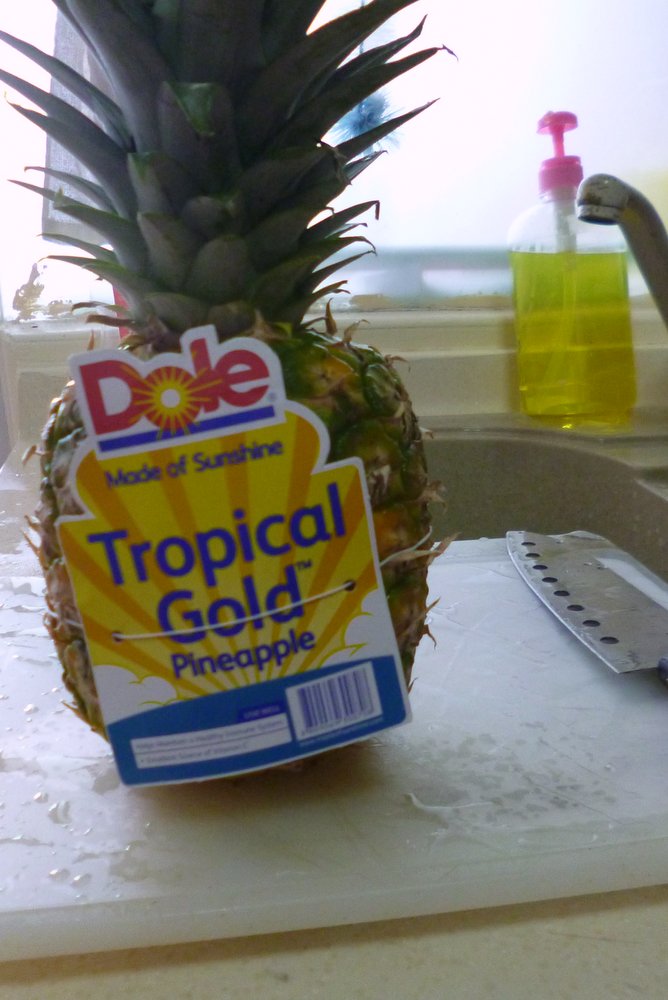 Instructions: Cut the top and bottom of the pineapple away.

What they don’t tell you: The pineapple I got was pretty tough so I end up moving my chopping board to the floor. I had to kneel down so I could push my blade through. The bottom was oddly shaped so I had to cut a lot away. 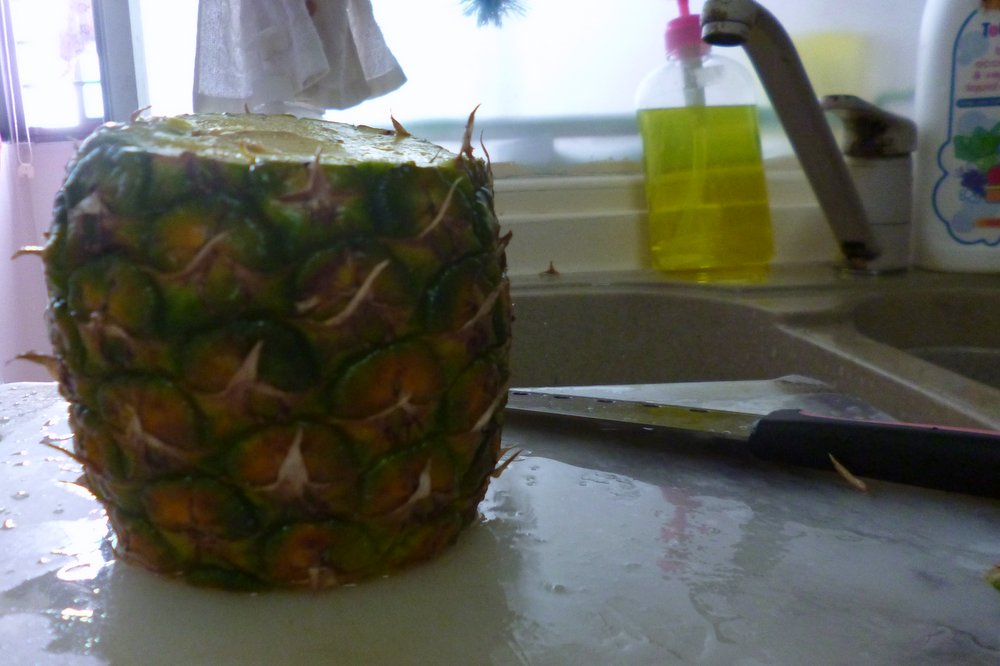 Step 2: Cut off the top and bottom

Instructions: Slice a vertically down the “eye” to remove the row of eyes.

What they don’t tell you: The eyes of my pineapple were not straight at all. It looked like stars instead. 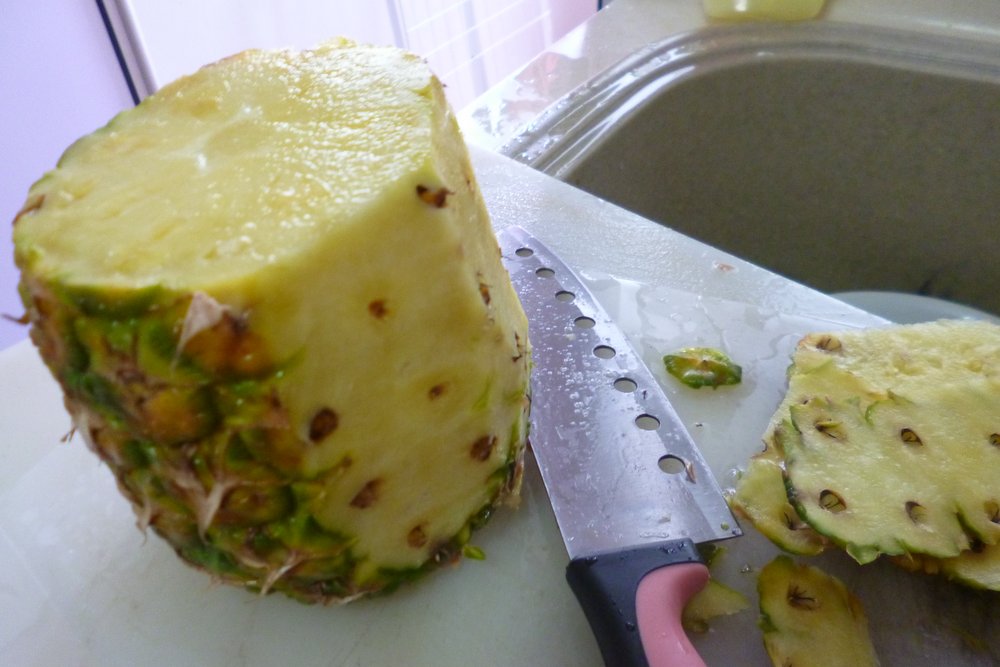 Step 3: Cut off the skin as close to the fruit as you can. We’ll remove the eyes later. 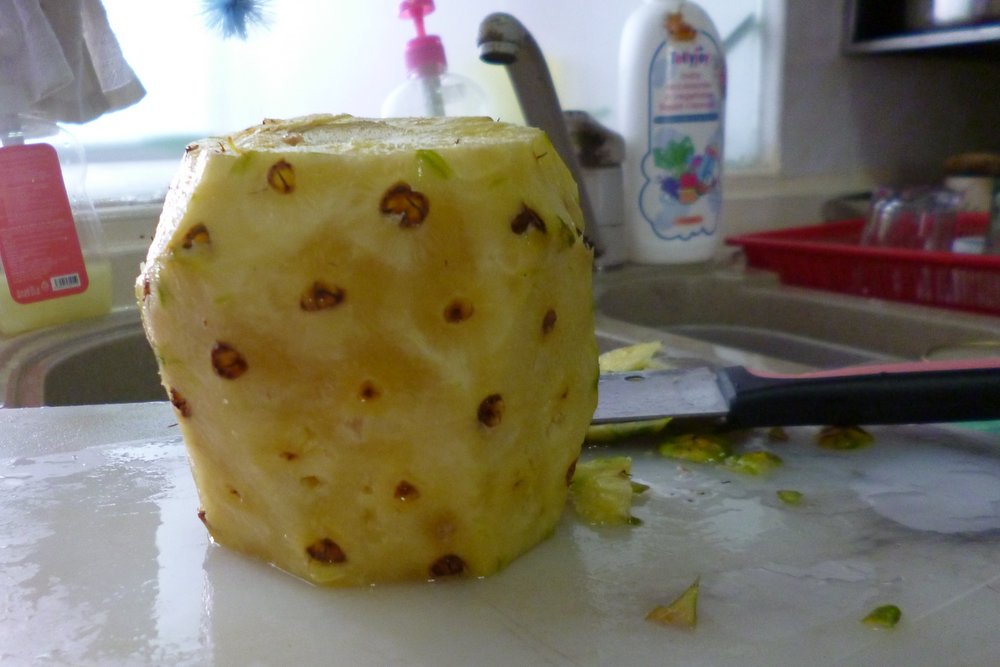 I had to manually remove the eyes away. My pineapple looked like the exterior of a Gaudi-designed apartment block at the end. 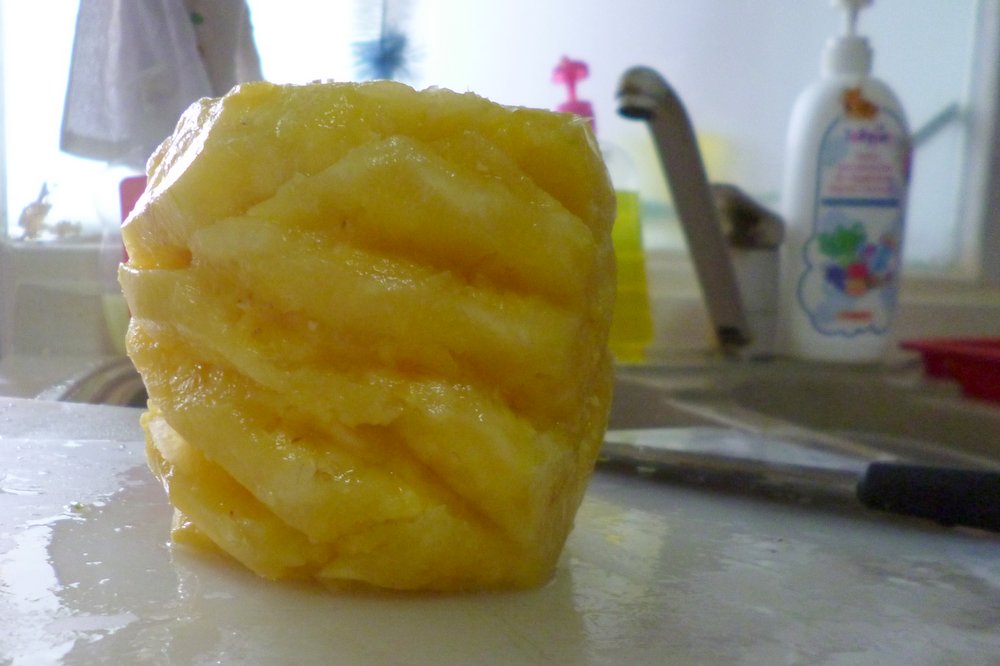 Step 5: Cut out the eyes. I did them one by one with a knife that was too big.

Instructions: Quarter the pineapple, remove the core and chop the rest to the size you like.

What they don’t tell you: The core is my second favorite part of the pineapple. I sliced it off but kept it so I can chew on it later. 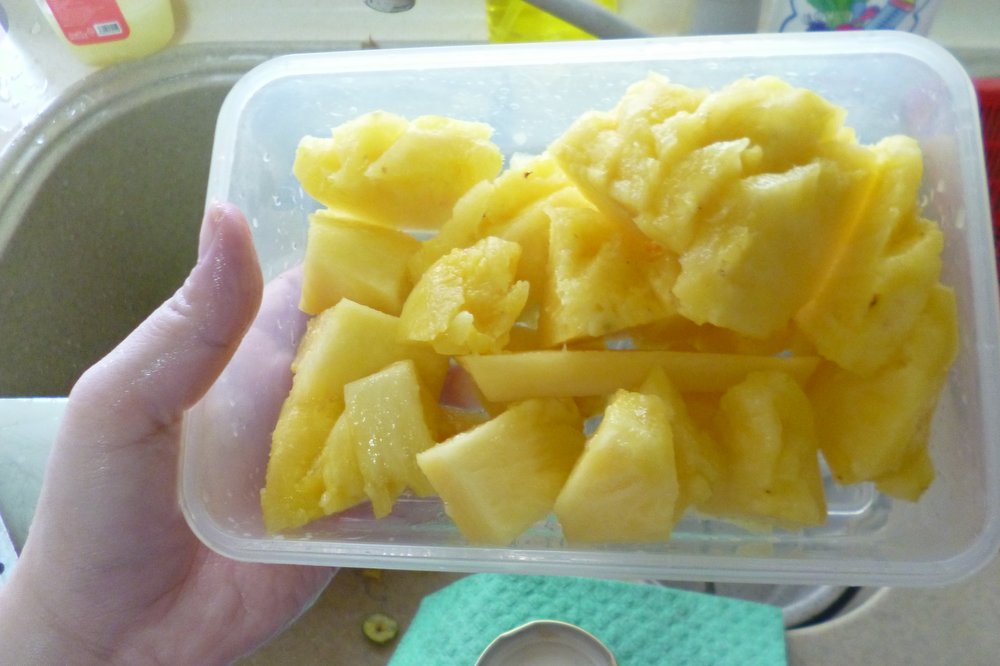 Step 6: Quarter the pineapple from the top. Chop the pineapples to pieces. Store in container to chill in the fridge.

What they don’t tell you: If it’s too sour, sprinkle some salt on it.

Do you have tips for cutting pineapple? Share them with me!