I was supposed to meet up with my schoolmate Tasha* (not her real name) in Nasca yesterday but she did not arrive. To tell you the truth, I was looking forward to some more solo travelling so I was slightly relieved that I could make my own travel plans.

Yesterday, I told the hostel owner about my travel plans to Lima. He suggested a bus that leaves Nasca at midnight, reaching Lima in the morning at around 7. I decided that I will take this bus instead of making a transfer at Ica because the buses from Ica to Lima will reach in the evening when the sun is down.

After breakfast, the hostel owner, Fernando* (his real name), was going to send off a parcel so he brought me to the bus terminal to get my ticket.

Here in Peru, people send off parcels not through the post office but through long-distance bus companies. I thought it was an interesting way of mailing.

I bought my midnight bus ticket and chose the seats on the lower floor since I did not want to have another episode of motion sickness. Tickets on the lower deck were 20 soles (~S$10) more expensive but that’s not much of a difference.

On the drive back to the hostel, Fernando pointed out the weekly market that was going on. I decided to visit the market after I slapped on a lot of sunscreen.

It’s quite comforting to find that weekly markets look the same around the world. During this trip, I visited the weekly markets in Florence and Buenos Aires. Wares are displayed haphazardly on raffia sheets under raffia sheet roofs and everything is messy. 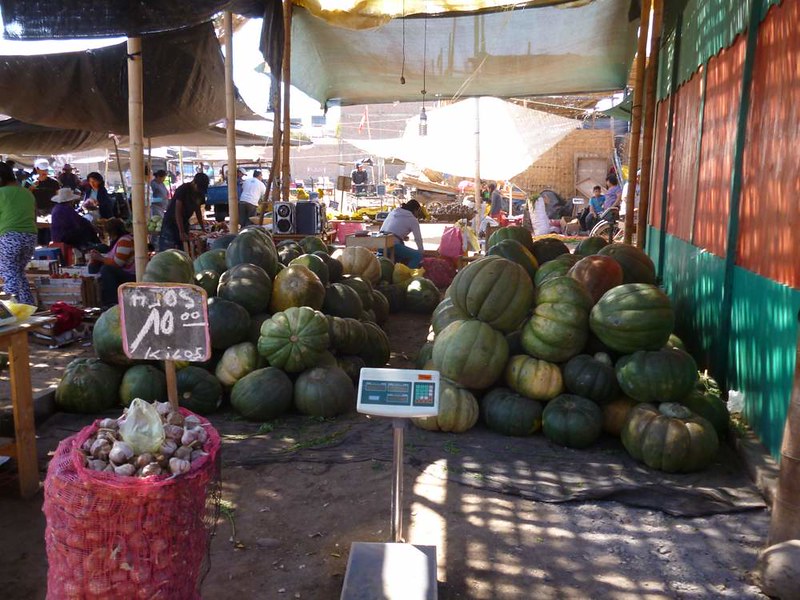 Compared to Arica, Chile, where I also spent two days recuperating, Nasca is a more exciting town. By exciting, I mean that there are at least 5 streets with shops, compared to not many in Arica. 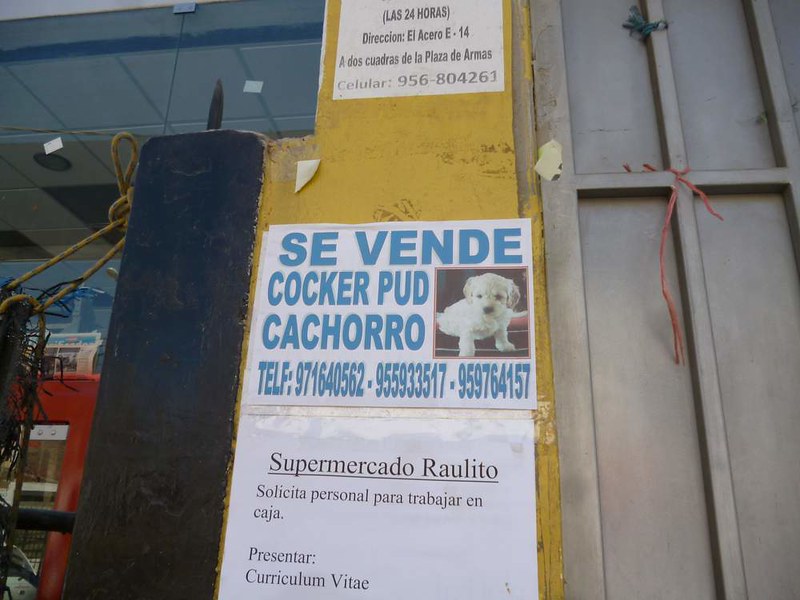 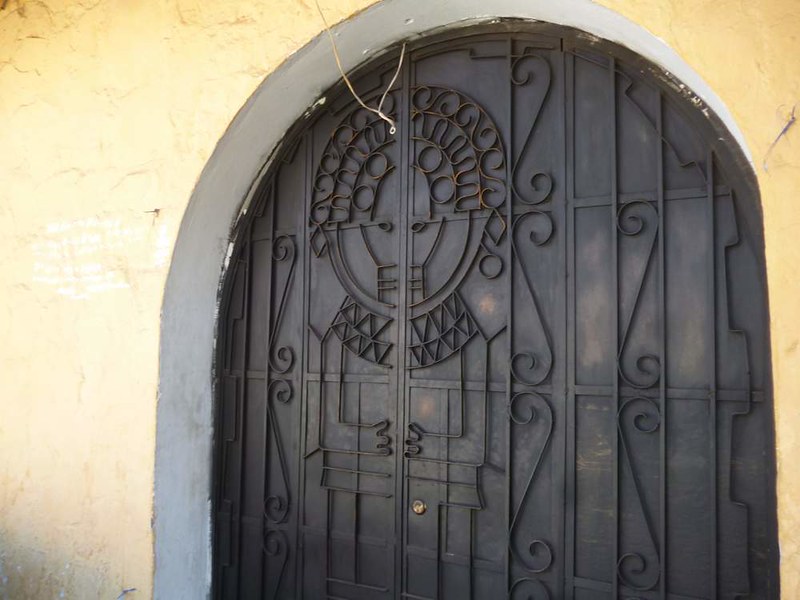 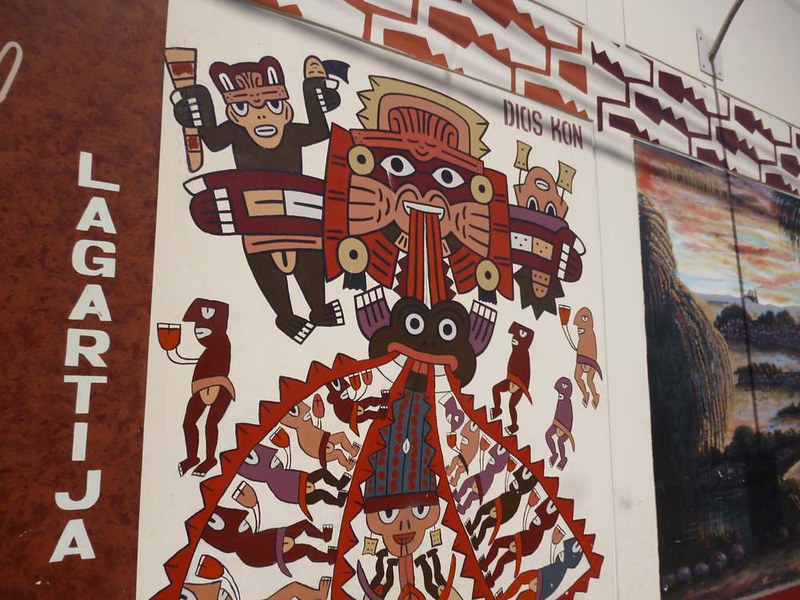 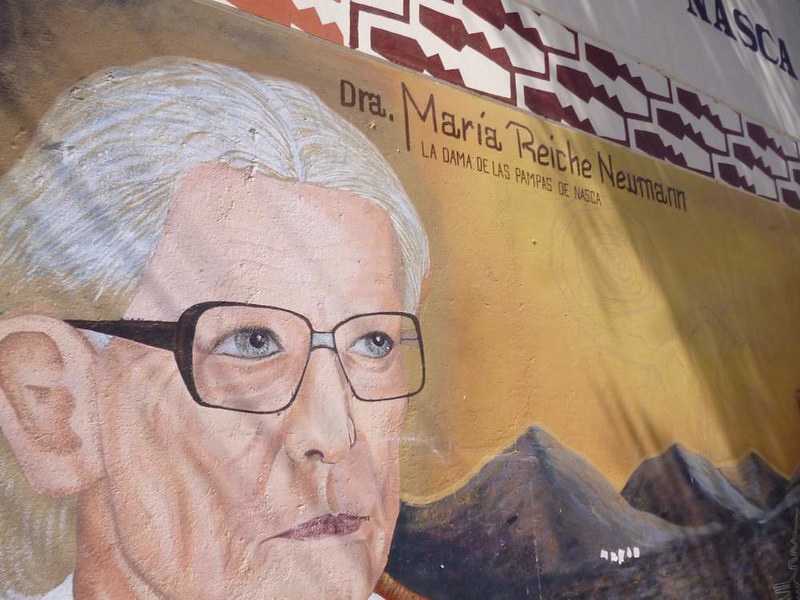 At lunch, I was surprised to find that my receipt had a familiar name. 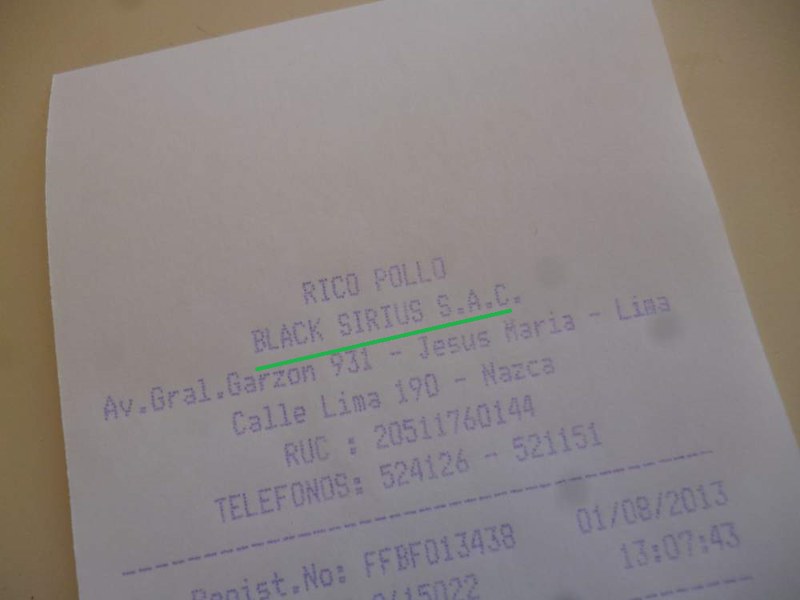 Remember last time I wrote about how some men on the street would shout racial slurs when I was in Arequipa?

I didn’t anymore of that in Ollantaytambo nor Cusco so I thought all that was over. Unfortunately, I encountered some today but I found a way to fight back.

Today’s first episode happened when I was walking on the pavement. An older man was walking rather slowly so I overtook him. I heard him grumble really loudly and knew that he was talking about me (but not to me).

I thought of ignoring him and walking away faster but something came over me. I stopped in my tracks and turned back to look at him.

He was still mumbling. I stared back behind my sunglasses. He walked on, still mumbling but talking about something else. I followed him quite closely behind, glaring at his head while he snuck looks behind.

I stopped shadowing him when I found a fruit juice stall and went there for a drink.

The second episode happened while I was crossing Plaza de Armas, heading back to the hostel. I had my umbrella out to shade the sun and I heard words that sounded like, “China… China… Wang wang…”

I stopped, turned to my right and saw a gang of young people under the shade. They didn’t make any noise while I glared at them (still behind my glasses). I had the intention of walking to them and shouting back if they directed their speech at me.

I rolled my eyes and said loudly in Malay, “Bising-bising”, meaning “making noise”. As I continued my walk, I thought I heard a clap from behind me.

The third and last episode was when I was walking to Plaza De Armas to look for dinner. I thought I was safe under the covers of the night but I heard, “China. Ching chong. Ching chong” when I was about to cross the street.

I looked for the source and saw two young men with painted clown faces. They didn’t make any noise. One of them looked at his shoes while the other nudged him.

Again in Malay, I said, “Jangan bising-bising.” (Don’t make noise.) I walked off, thankful that they did not attack me.

I feel a lot better after standing up to these roadside bullies. I think I chose to use Malay as retorts because it didn’t sound Chinese so no one can make fake Chinese sounds back at me.

I don’t recommend doing this in places where men are known to attack women. But if you, like me, have an umbrella in hand and are not afraid to use it then consider fighting back. Maybe just these three times.