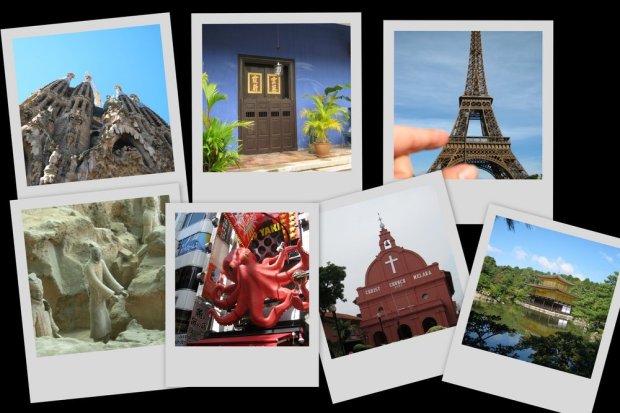 It’s amazing how one person can change your world view.

I used to have the impression that travelling would only happen at the year end, during the long Christmas and New Year break. I even gave in to the thought that the only travel I would be doing is going home to Sabah during Chinese New Year.

That was until my (now-ex) colleague joined the company. His frequent weekend trips and mid-week flights to exotic locations (thanks to the budget airlines) were a culture shock to me.

I decided to be as carefree as he was. I booked my flights half a year in advance, sometimes with, sometimes without the permission of my boss. I rationalized that if the budget tickets were cheap enough, it doesn’t really matter if I don’t go on the trip anyway.

But, I’ve managed to go on every trip I booked. My dream to visit Paris and to see the Jidai Matsuri were fulfilled this year.

Not satisfied with one long trip every 3 months, I even came up with mini trips each month, trying to see all of Malaysia within a year.

Looking at my TripIt account, I have three trips lined up next year. I’ll be in Hanoi in February, Jogjakarta in April and Da Nang in July.

Now I am also planning for a RTW trip. I don’t know when it’ll happen, but I’ll definitely make it happen.

How have you changed?

This post is part of BootsnAll’s 30 Days of Indie Travel Project: Day 2: Change.