Get ready for an overload of posts on my round-the-world (RTW) trip the whole week [#YQrtw](minus Friday where I will be sharing food from my East Coast trip). During the week, I’ll be writing about the destinations I am going to and a special post on cruising.

Today, I will be talking about my pre-trip expenses. 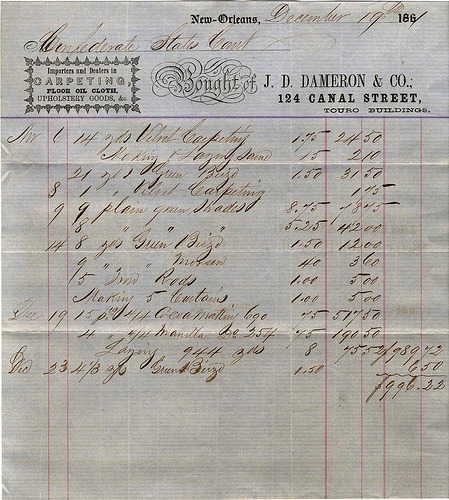 The most frequent question I get from people when I tell them about my round-the-world (RTW) trip is: “So, how much will your trip cost?”

I look sheepishly back at them, “I’m not sure.”

“How much are you saving?”

So, to be open about my expenses, I will share the cost of RTW.

Since I’ve not been on the trip yet, I’ll list down my pre-travel expenses.

To be honest, I was a little shocked when I saw how much I’ve spent even before leaving. However, this also means that I will have less in-trip expenses (is that even a word?)

I also want to note that I have paid for everything myself. My parents do not have a trust fund for me and they are not paying for the trip (at least not yet. haha).

Let’s get back to the topic: Here is the spreadsheet of expenses and detailed explanation of each price.

Air tickets took up more than half of my pre-trip expenses (~60 percent). I have a split of budget airlines and full-service airlines.

For my budget flights, I booked them myself through the airlines’ website (AirAsia, Tiger Air and Easyjet).

For the rest of the flights, I didn’t get one of those RTW tickets sold by airlines. The first time I tried cobbling up a route, I was very shocked about the price. I sort of gave up on it in the end.

Instead, I booked the flights though Airtreks which specializes in multi-destination flight routes. I did a mock booking and sent my purchase query to the company. Later, an agent (mine’s Justin) set up a time to call me so we can book the tickets together.

One good thing about using Airtreks instead of looking on my own was that I didn’t need to look at different routes on my own. Also, I wouldn’t have known about South American airline TICA if I had booked on my own. I managed to add in a week in El Salvador since Justin told me there was a layover there (US$60 extra).

After my booking, Airtreks also sent me e-mail updates on some of the flight timing changes which was a nice touch. Another great thing that happened with Airtreks was that they had an offer of either a night in a fancy hotel or US$100 Amazon vouchers (I chose Amazon!).

The down side was that the tickets were about US$400 more than what it would have been if I booked them separately on my own. Of course, if I booked the flights on my own, I would have to religiously check if there are any flight changes.

Even though the flights are pretty expensive, it’s actually about the same as a Singapore-Brazil roundtrip flight (according to people who told me about it).

Before you go “What on earth, you are taking a cruise? Are you old or something?!”, I want to tell you that I will have a separate post on why I chose the 15-night repositioning cruise during my RTW.

This time, I want to talk about the expenses. This cruise to Italy wasn’t my first booking with Royal Caribbean.I made another booking for Dubai to Barcelona since the Italy route wasn’t open when I first booked.

I found out about the Italy cruise later and cancelled Barcelona to buy the new cruise. Even though I had to forfeit S$100 of my deposit, I still managed to save S$50 because it was slightly cheaper.

I paid for the full ticket in February (S$2,030). However, I found out that the price for the cabin of my class had dropped significantly in March. I think it’s because the cruise had very low booking and they had to slash the price to about S$1,500 per person.

I was rather angry. My friends advised me to call up the cruise line to complain. I did and I managed to get a verbal agreement that they will refund me the price difference. (I asked for an e-mail update but I haven’t received it yet.)

The cruise does seem expensive. S$1,500. However, you must remember that it’s for 15 nights of accommodation and all-you-can-eat buffets. Plus, it stops in Egypt which would cost quite a lot if I had decided to fly in and out to visit the pyramids.

I still need to include the tips which will probably be around S$200 for the trip.

I bought a 22-week insurance from Chartis during the Natas Travel Fair. It was 40 percent off which was a very good offer.

I did consider getting World Nomads (which is popular among the long-term travellers) but I decided that I want someone in Singapore whom I can talk to in case (touch wood) anything bad happens.

I still have a few vaccines I need for the trip but I decided to get the yellow fever vaccine in Singapore, just in case they didn’t have any in Sabah.

I went to Singapore General Hospital’s Travel Clinic. Even though I told the nurse that I only wanted the yellow fever vaccine, she gave very detailed explanation about what other shots I will need. She also checked if I needed to bring any malaria tablets. She figured that if I skip a few of the high-risk areas, I wouldn’t need any tablets.

She also advised me to cover myself up with long sleeves and trousers. I also need to use repellent with high DEET. Gulp.

The other vaccines I need are Hepatitis A, Hepatitis B, Typhiod, rabies. I’ll probably skip rabies and refrain from touching the cute cats on the trip.

The rest of the expenses are small change compared to the above but here they are anyway:

Train tickets in Italy: (19 euro per trip)
I bought train tickets for Civitavecchia to Pisa and Florence to Rome. They were on promotion and were only 19 euro each way. I still need tickets from Pisa to Florence but those weren’t available online yet and can be bought on the spot for less than 9 euros anyway.

Backpack: S$63
I bought a new backpack that was larger than my old one (which was breaking down anyway). I haven’t figured out how to pack neatly so I can stuff more things in the 20L bag.

I will only bring the backpack as my major storage unit. It’s just too difficult to bring too many things. Also, mom’s coming to Turkey too so she can pass me winter clothes for South America.

Feature phone: S$89
My old 3-year-old Nokia broke down last month. I have an iPhone as my smartphone/portable map/Whatsapp device but I really need a feature phone for local SIMs. I bought a new feature phone when I passed one of the phone shops. It has two SIM slots which mean I can use two at a go!

Visa for Sri Lanka S$38.22 (US$30)
I bought this visa before I found out that AirAsia cancelled the KL-Colombo route. At first I thought about giving up Sri Lanka because the alternative flights were too expensive. Luckily, Tiger Air was selling cheaper budget tickets. Even luckier was that the flights were shifted to an earlier time and I will be able to reach in the morning.

I still lack the visa to the United States. I didn’t have time to get them while in Singapore so I plan to apply in South America before my plane leaves for the transit. Even though I will only be transiting to 4 hours, I still need to pay US$160. WTF.

So these are my pre-trip expenses. I’ll be writing more as I go.

Do you think I am paying too much? Share them in the comments below.