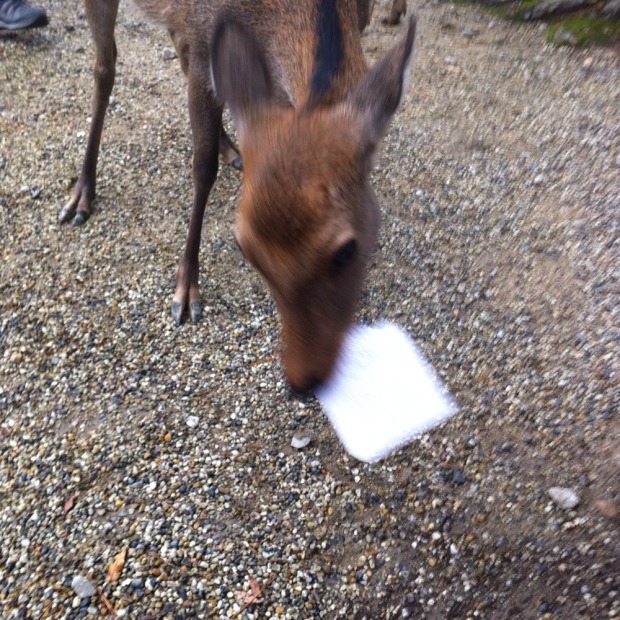 I was sitting under my umbrella in front of Todaiji Temple when a deer (one of the hundreds there) decided to come around and see if I had food.
With its large doe eyes, it looked at me and poked its nose into my bag.
Of course, being the Gen Y that I am, my first reaction was to take a photo of it with my phone.
Unfortunately, by the time I dug out my Lady Madonna, the deer was attacking my magazine. I had to wrestle to pull the book back.
I changed my seat and the deer left me alone.
But this is not the end of the story! There’s part 2.
My mom bought me a postcard of Todaiji and I wrote the card I promised M. The mail described the deer attack. After writing, mom and I sat around eating persimmons.
The deers (another 2) probably smelled the juicy plump fruit and wanted some of them too. One even chomped onto my postcard and refused to let it go and I did a tug-of-war with it.
A guy standing near us gave the postcard-eating deer a pat on the behind and it let the card go.
But it went around for a bite of the magazine as well. :(