Remember last year when I hadn’t been travelling much? Not really? Well, my bad since I didn’t write that much about it.

I’m happy to announce that I will be travelling more frequently in the coming months. Hurray!

Here my travel schedule as my attempt at art: 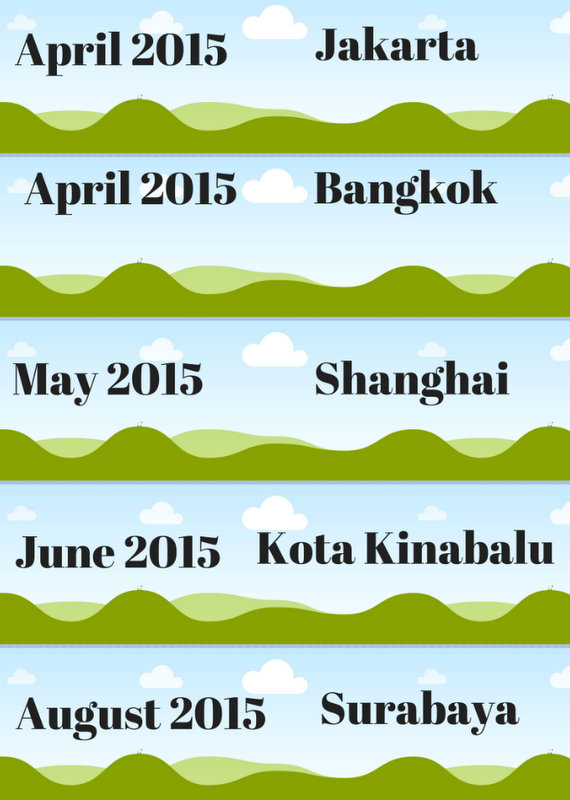 Among the places I will be going to, Surabaya is a city I’ve not been to yet. Jakarta and Bangkok are two cities where I’ve only visited for two days. I will be adding another two days to each of them.

As in the past, I’ll be doing a lot of weekend travelling. There are two long weekends that I will be travelling (May and August). I didn’t know Good Friday’s date or else my Jakarta trip would have been longer.

A year of not travelling (much)

As a travel blogger, it’s quite silly that I haven’t been travelling. But as a person, I feel it’s liberating that I didn’t need to escape to a foreign land every other month.

While not travelling, I have been keeping myself occupied with

Where are you travelling next?

4 thoughts on “YQtravelling is back in business… Whatever business is”