I finally managed to pass the Candy Crush level that I was stuck for about 2 months. This morning, I was stuck at another level and I left the hostel for school a bit later.  In the process, I forgot to put on a jacket and was assaulted by the bitter winter wind.

The last day of class for the week was a bit more relaxed. Even though I do not feel “TGIF!”, it’s great to take a break so I can catch up on my revisions.

[Memo to self, memorize numbers, important verb conjugations and write a few lines of composition during the weekend.]

After school activity today was a visit to the Latin American Art Museum of Buenos Aires. I’ve not visited any museums in Buenos Aires, which is strange since I love museums.

In front of MALBA is a system with lights of three different colors. I thought that it was just some fancy art installation in front of the museums.

Macarena, you know her from previous school trips, explained that the lights show if there are too many cars on the road.

When we were going into the exhibition, there was a bit of confusion at the ticket counter. The museum insisted that all of us needed to have student IDs to pay student price even though there was a school letter. Out of spite, I did use my *wink* student ID *wink* and the price was 16 pesos (32 pesos for full price).

Interestingly,  those with “Samsung Smartphones” can get two tickets for the price of one. It’s because Samsung’s one of the sponsors, or something. This was the one of the times I wish I own a Samsung instead of an Apple.

Since the museum is about Latin American art, all the pieces were modern looking. This contrasted with the museums in Europe where many of the works were around the Renaissance period.

Even though the works were modern, some of them were dated from 1926 so we can’t really call them modern.

Macarena asked us to tell what we thought the paintings were about. I’m glad to report that I was able to talk about the paintings in more words than gestures.

My most favorite piece was this cheerful work: Rafael Barrada’s Quiosco de Canaletas (Kiosk in Canaletas). There’s something about the blue that catches my attention.

I stayed on to look around at the museum while some of the others left. I was disappointed to find that only the first floor was exhibiting while the rest were closed.

Back to the hostel

Luckily, there was Wi-Fi at the museum and I found the route back to the hostel. I spotted a bus stop with buses going to Plaza Constitution. What I didn’t realize until I got down at Constitution was that I needed to go to Congressio, not Constitution.

When I arrived at the wrong destination, I had to walk back about 20 blocks to get back to the hostel. The sky was almost dark when I reached my elevator at about 6pm.

Dinner was a satisfying porridge of potato soup with spinach. The hostel mate who gave me rice yesterday gave me a whole bowl of leftover rice which I dumped into my soup.

I have a bad photo of my porridge so I’ll leave it to your imagination.

Who is your favorite Latin American painter? 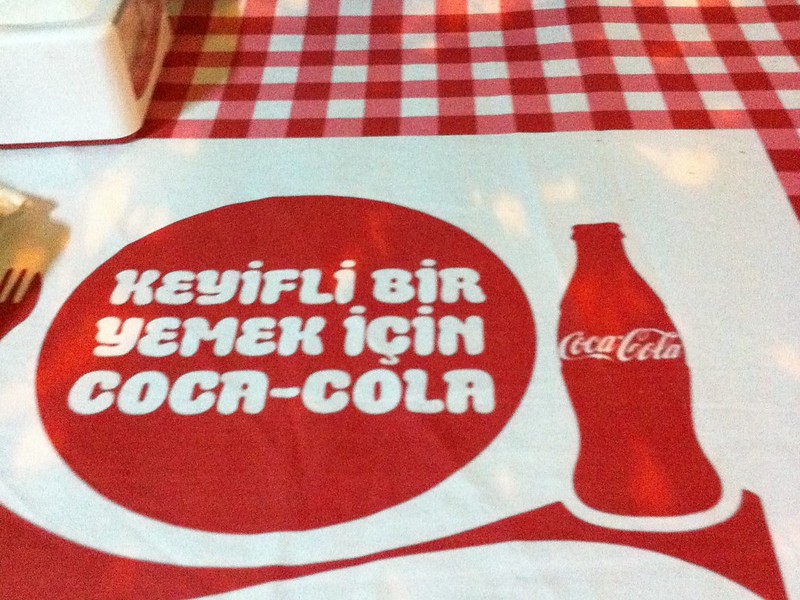