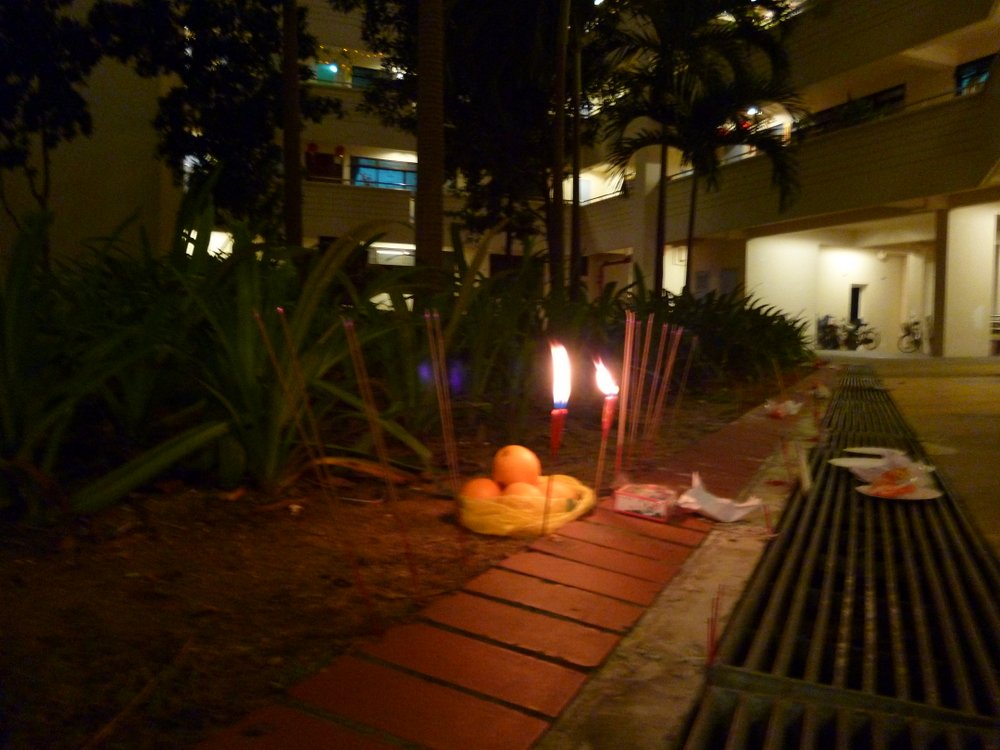 You know how the west (and Americans) have one night of Halloween to play dress up, ask for candy and honor the dead?

Guess what, we Chinese have a whole month of that but minus the dressing up, candy or playful spirits.

What we have instead is the opening of Hell Mouth and a bunch of Hungry Ghosts.

Welcome to the Ghost Month


The Ghost Month begins on the 7th month of the Chinese lunar calendar. In 2012, the first day of the 7th month falls on Aug. 17, Friday.

On the first day of the 7th month, it is said that the gates of hell open and the spirits leave the underworld and come back to visit their families. Unfortunately for homeless ghosts, they would have no where to go and would roam the earth.

To appease these homeless (and most likely hungry) ghosts, the Chinese would burn “hell money” and incense as well as put out food to feed the hungry ghosts.

Besides all the money burning, there’s an interesting event happening in Ghost Month.

In neighborhoods in Singapore, outdoor stages are set up. At special days, these stages transform into “getai” or “song stage”. From an old Hong Kong movie I watched, the shows are performed for the benefit of the wandering spirits.

I’ve only been to one getai performance because we don’t have this sort of stuff back home in KK. The getai that I went to had a small stage, which disappointed me.


There was a host who told jokes and young sexy singers who sang and danced. The usual female singers for getai are known for their skimpy outfits and high heels.

If you are interested in seeing a getai, the performance schedules for 2012 is available at STOMP.

I suppose the sexy ladies are there for the benefit of the sex-hungry ghosts as well. Unfortunately, I have yet to hear an equivalent Chippendale performances for the lady ghosts. I assume hell does not support equal rights. If I were a ghost, I will petition for a male stripper show.

My experience with Ghost Month

I cannot describe the fear I have of Ghost Month as a child. To the little me, ghosts lurked everywhere in the 7th month and were out to get me.

There are superstitions such as: Never turn back when walking alone at night if you hear someone call your name. Also, try not to go swimming because the spirits of those who drowned will want to put you down to replace their place.

Today, I don’t fear Ghost Month. I have a wish to see a real ghost and get proof of it so everybody else can rest in peace that our spirits do stay back after death.