Warning: Use of undefined constant wp_4866990_ - assumed 'wp_4866990_' (this will throw an Error in a future version of PHP) in /home/yqtravel/public_html/wp-config.php on line 65
 Five great parks in London to visit during summer - YQtravelling

Five great parks in London to visit during summer

London is a city that values environmental awareness. The city has, in fact, 47% of green space and it is home to around 8 million trees, according to a 2014 report by news outlet Independent.

Additionally, based on 2015 facts and figures compiled by Greenspace Information for Greater London, parks and gardens cover 9,207 hectares of Greater London’s area, and this total measurement is divided into numerous parks.

With that much land to consider, which parks are the best to visit during summer? The city’s official visitor guide, Visit London, listed the city’s best parks, but the section below will be narrowed down to 5 of the parks we consider worth visiting this summer.

This park spans 166 hectares and it is home to rose gardens. Regent’s Park is also London’s largest outdoor sports area, and it has spots for football, softball, rugby and cricket. If you are fond of watching or playing these sports, a visit here will not disappoint.

The park also has a boating lake, the London Zoo, and the Open Air Theatre which has performances from May to September. You can also watch the wild birds and waterfowls that inhabit the area.

St. James’ Park is the oldest among the Royal Parks of London. Around it, you can see three of the city’s iconic landmarks: Buckingham Palace, St. James’ Palace, and the Palace of Westminster.

It is also home to the Mall, which caters to various ceremonial parades and national celebrations. Moreover, it has a children’s playground that’s great for touring families with kids.

This park caters to another type of sport as it has tennis courts within its grounds. During summer, Victoria park also hosts various open air pop and rock festivals, including the famous Lovebox Festival which is a celebration for the best British and international music, dance, and art talents.

Greenwich Park covers 74 hectares, and has a hill that can give visitors a sweeping view of Central London and the River Thames. It is home to a small herd of deer and hosts the National Maritime Museum, both of which can be delights to nature lovers.

Furthermore, the park is part of the Greenwich World Heritage Site. It has the Royal Observatory and it is home to the Prime Meridian Line which is used as a reference on charts, maps and navigation.

Saving the best for last, Hyde Park is considered one of the greatest city parks in the world. At 142 hectares, it is home to more than 4,000 trees, flower gardens, a meadow and a lake, so tourists wouldn’t have a shortage of natural areas to explore within its grounds.

There are also locations for cycling, swimming, boating and skating, a children’s playground, pitches for team games and even tracks for riding horses. Any vsitor will definitely find an enjoyable activity to do in Hyde Park.

Getting Around the City

From Heathrow Airport, the city’s main airport, tourists can take the Heathrow Express which is connected to the city’s main underground railway system, or they can board public city buses.

Alternatively, tourists can rent a car for a trip to lessen the hassle brought about by public transport. The airport also has options like hotel parking, so if you came from a far off country on a long haul flight and arrive in the morning, you may not want to start your journey straight away. Instead get some much need at a hotel before you set off on your trip. Parking4Less details that there are hotels near Heathrow Airport, wherein passengers may opt to have the vehicle parked, so they can easily pick it up when they’re ready to explore the city.

London’s parks are also perfect for picnics, treks, biking, or just plain relaxation while enjoying the summer breeze and scenic views. And lastly, there are cafés and restaurants inside most of these parks, so visitors can easily fill their hungry tummies after exploring and participating in various activities.

Have a great tour! 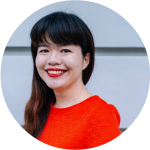